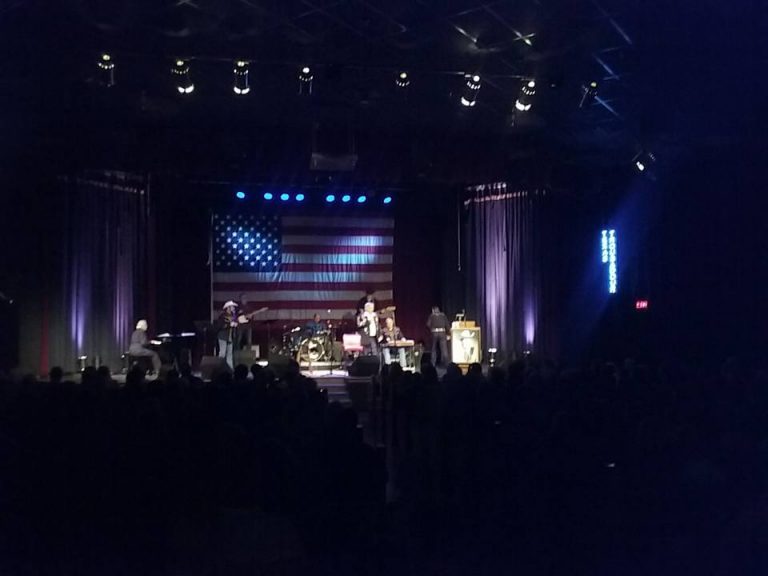 The final stop in my eventful evening to the downtown Nashville to witness this timeless spectacle of the Midnite Jamboree where Country Music Legend Stonewall Jackson was honored for his 84th birthday Saturday night, and even though I was just a little late I was not going to miss this because I promise you it will NEVER happen again. For Stonewall I would travel long distances to see because he is a friend and a hero.

Time has faltered his body of course in that he walks a little slower than he used to and he cannot stand center stage and play guitar any longer however time has not faded his voice and much like Willie Nelson he is absolutely astounding for his age. He had me in tears as he still displayed his twangy voice for the song “Don’t Be Angry” with his signature “curl” of certain words that differentiates him from other artists of his ilk.

Stonewall Jackson was one of the only Opry stars to ever become signed to a record deal by simply playing and singing his songs within the offices of music row. He drove a logging truck to Nashville in 1956 and also was the first member of the Grand Old Opry to ever join without a record contract.

That cake up above you there weighed in at 300 pounds and everybody was welcome to have some in the reception area where Stonewall Jackson signed autographs and took pictures with people after the show. One of the many stories told by Stonewall tonight was the story of how George Jones came about receiving credit for “Life To Go” which I had always thought Jones wrote the entire song however he only wrote the third verse to it having picked it up on a motel table and taking the liberty to write it.

“Washed my Hands In Muddy Water” and of course “Waterloo” were his other two songs (this set list was out of order), but this part of history will never ever be repeated and I promise you no other websites were there! I almost wasn’t myself but I got to THANK stonewall for being a part of my youth and for raising me to be THIS.