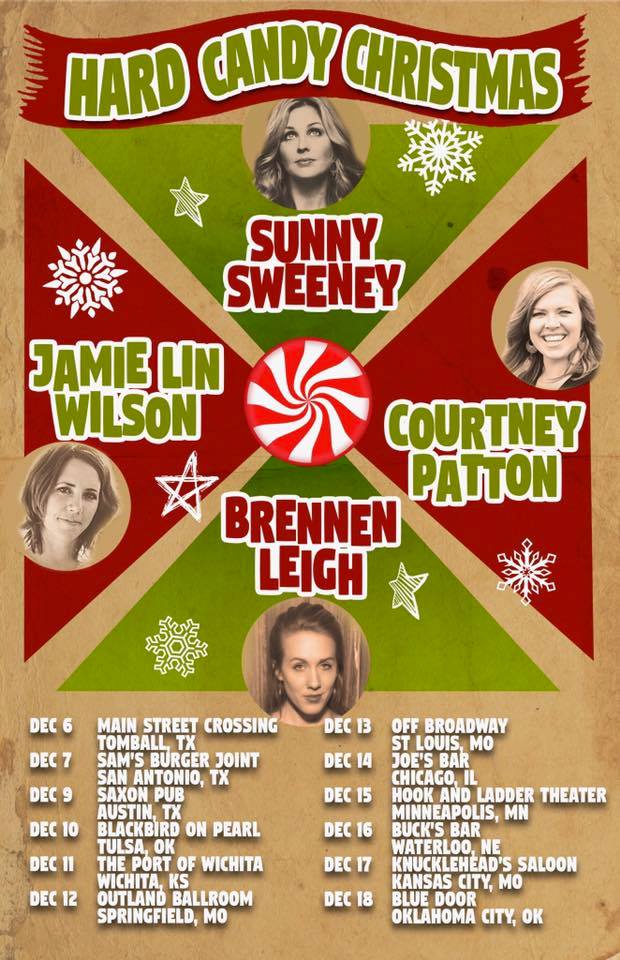 Folks I have been promising to bring forth lots more of the Texas and Oklahoma Music Scene to you in the forthcoming year and these four pickers are NO exception when it comes to Texas music. Sunny Sweeney doesn’t get around Nashville for many shows except Americana Fest in the local circuit but I WILL TELL YOU something she DOES DO that earned my respect.

This young lady plays the Opry more times than MANY of the current “members” and as of late I use that term loosely as many of them only USE the Opry. It’s supposed to BE a HOME where people like me can go see my favorite stars often after “their time in the mainstream” has passed. I won’t name names but some of them should be ashamed of themselves, and in this respect I STRONGLY encourage EACH OF YOU to begin vocally and financially supporting making Sunny Sweeney an Opry member. Because I thoroughly insist she deserves it in many aspects.

She is embarking on a tour of local venues with three fellow lady pickers Courtney Patton Brennen Leigh and Jamie Lin Wilson make up the Hard Candy Christmas Tour which is coming to local cities across the middle states. As of now to my knowledge there are twelve dates on the tour and I’ll be watching it to make sure I add any dates that get added by them.

Sunny’s album Provoked made my TOP 50 upon it’s release that year and was her most personal album she ever released to date as she was dealing with many personal issues in her own life and that’s usually when an artist hits us with their BEST work, so I strongly urge you to go out and support this truly awesome tour when they hit YOUR AREA!