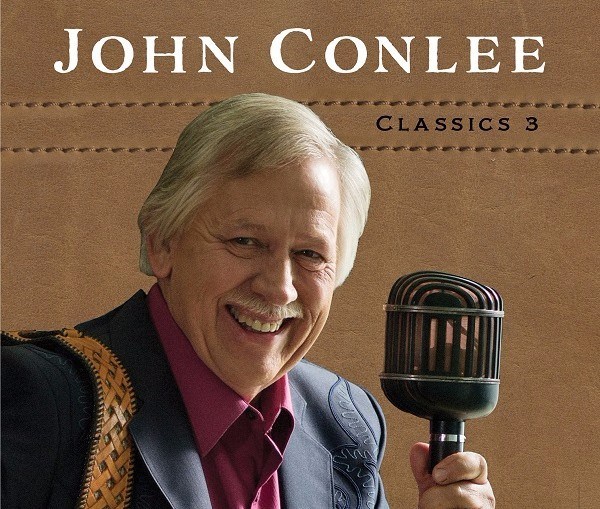 This album will be the third and final installment of his cherished “Classics” series, and I feel this will be one of his best because of the song choices on it. I truly admire many of the songwriters he collaborated with on this album, like Rory Feek who wrote “Bible And A Belt”.  Songwriting Legend Hugh Prestwood wrote “Learning To Live” and “Unborn Voice”, as well as a often overlooked Merle Haggard song called “Jesus Take A Hold” from the 1970 “Hag” album.

This album is available for pre sale off his website and off ITunes, but not anywhere else yet. He has slowed down on the touring some, but at 71 he still plays many shows across America and overseas. We will be reporting more about this album for sure in the following few months, keeping an eye on him.

ABOUT JOHN CONLEE:   Kentucky native and Grand Ole Opry member, John Conlee, has one of country music’s most recognizable voices. Self-penned and signature hit “Rose Colored Glasses,” was the first of over 30 hit singles, most of which charted in the Top 10 or better. Some of the songs from the John Conlee hit list include “Back Side of Thirty,” “Lady Lay Down,” “Friday Night Blues,” “Common Man,” “I’m Only In It For The Love” and “Domestic Life.” All of Conlee’s hits have that unmistakable common thread – that unique voice. In 2015, Conlee released Classics 2 that includes a tribute to law enforcement titled “Walkin’ Behind the Star,” and in 2018 Classics 3 will be released.