Let’s All Gather And Love On Mr. Mel Tillis On January 31st. 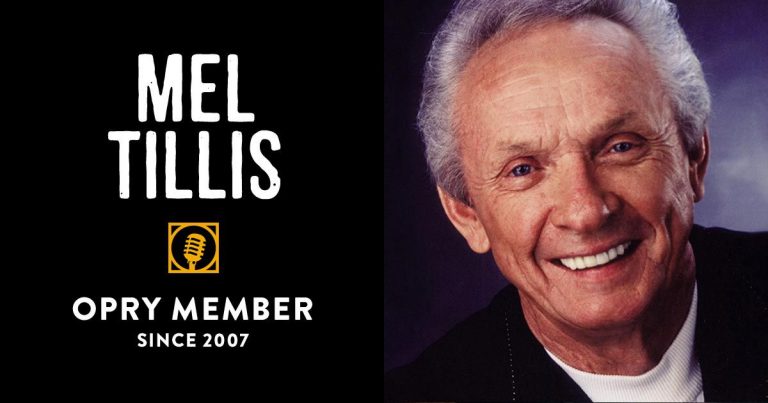 This website is well known for heralding the impact of ALL our Country Music Legends of ALL times. I report on them when nobody else will, do you know how many people messaged me and said “I had NO IDEA Charley Pride” had anew album out?” See Mr. Charley was my NUMBER ONE album for 2017, you can elaborate more on that by reading it HERE.

I hear it all the time “GOLLY I didn’t know (so and so) was even still alive?” I partially blame my journalist constituents that  fail you, the reader for reporting very little on these people citing that “Nobody cares” or “It doesn’t garner enough hits on social media”..my initial response is who cares HOW MANY LIKES IT GETS? If it’s in your heart WRITE THAT ARTICLE.

So with that in mind if you remember in 2017 we lost Country Legend Mel Tillis to a lengthy  battle with an intestinal issue, he was better, he was not and so on and so forth..the fact remains he was loved and revered by US, his fans. My favorite song he did was an obscure one off the 1981 album Southern Rain called “Pyramid Of Cans”, and I’d like to tell you a few small things about that song.

It was penned by the Legend himself Mr. Buddy Cannon , whom at one time I got to talk to him a little about the song. It was quite an interesting conversation to say the least. But one really cool fact on this song was this, steel Guitar wizard Mr. Weldon Myrick was a prominent member of George Jones’s band “The Jones Boys” for many years, and also was a good session player.

BOTH Mr. Mel Tillis and Mr. George Jones recorded the song Pyramid Of Cans and took it to the top 10 of their respected year of release. The late Mr. Weldon Myrick played steel on BOTH recordings therefore he was the first steel player to do this.

On Wednesday January 31st at 10:00 AM, family and friends will gather at the historic Ryman Auditorium to honor the life and career of this Country Music Legend. Many relevany Country Music stars will assemble here to pay their respects and perform his music, the likes of Ricky Skaggs, Brenda Lee, Pam Tillis, Carrie April Tillis and the remaining members of the Statesiders. Jamey Johnson, Larry Gaitlin and the Gaitlin Boys, Alison Krauss, Collin Raye, Daryle Singletary, Lorrie Morgan, Ira Dean and Sonny Tillis.

Lonnie Melvin Tillis was born in Tampa, Florida on August 8, 1932. Throughout his 60+ year career, the Grand Ole Opry member recorded more than 60 albums, had 35 Top Ten singles, six #1 hits (“I Ain’t Never,” “Coca-Cola Cowboy,” “Southern Rains,” “Good Woman Blues,” “Heart Healer,” and “I Believe In You”), was named CMA (Country Music Association) Entertainer of the Year in 1976, and was inducted into the Nashville Songwriters Hall of Fame the same year.

Tillis was elected a member of the Country Music Hall of Fame in 2007. He wrote over 1,000 songs, 600 of which have been recorded by major artists including Kenny Rogers (“Ruby, Don’t You Take Your Love To Town”), George Strait (“Thoughts Of A Fool”), and Ricky Skaggs (“Honey, Open That Door”). Broadcast Music Inc. (BMI) named Tillis Songwriter of the Decade for two decades. In February of 2012 President Obama awarded Tillis the National Medal of Arts.