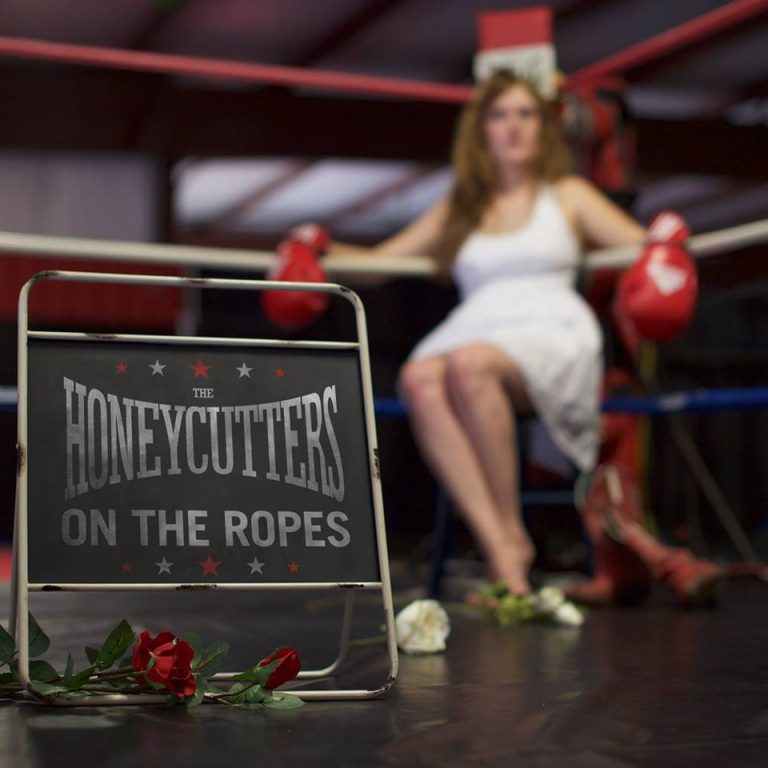 Well folks I finally got my computer speaker issue solved and this weekend I am working diligently at catching up on the website so here is a pretty good list of new albums I have been finding from the results of my digging. I’m hoping you find a few albums YOU enjoy in this list here my dear readers, because I wouldn’t feature albums or bands I didn’t truly enjoy.

Sometimes I do not always have time to run to the keyboard and make individual articles for everything I want to cover so how I work is I combine a bunch of like bands in one article for you. I was inspired to work in this fashion from my friend Brandon Walker who runs the W.B.Walker’s Old Soul Radio Show podcast, he features three artists in a like fashion. So let’s check out some new albums.

The Boxcars Familiar With The Ground

I first heard of this bluegrass band in 2013 when they released their third album, and when I found it I bought their other albums as well. This is a band I have never got to see live or cover their show…yet. I have suggested their music to a TON of music festivals though.

When you study the members contributions to Bluegrass and study their resumes you find A LOT of name dropping. Mr. Adam Steffey who had some early tenure with the Lonesome River Band and served as a member of Union Station for seven years. Ron Stewart has played with JD Crowe And The New South, and having grown up only an hour from a festival going on right now called Bean Blossom he has Bluegrass in his blood. Mr. Keith Garrett came from Blue Moon Rising, Mr. Gary Hultman studied Bluegrass Music at East Tennessee State University, and finally Mr. Harold Nixon also played with JD Crowe And The New South as well.

I must say I listen to TONS of new Bluegrass albums and THIS ONE was one of the top albums I have heard in weeks, the harmonies on songs like “Brown Hill” were truly awesome and it has some DAMN FINE banjo picking. It’s a rocket ride of a tempo about whiskey and revenuers.

I also like smooth flowing mid-tempo songs like “When The Bluegrass Is Covered In Snow” which was a song about the seasons and nature. It also features some truly fine harmonies and solos, this whole album pretty much showcases off their individual talents in good fashion on instrumental songs like “Hogan’s Goat”.

‘Cold Hard Truth” is not a remake of the ever popular Billy Yates song that George Jones cut in 2000, however it is a slower haunting song about taking gambles on life. The album opens with a powerful song called “Lungs” which is one of those songs you can tell are loud as thunder live. I can tell you this I’m pretty sure their live shows are full of life and I strongly suggest you check them out.

The Honeycutters On The Ropes

This band calls North Carolina their home and this is their fourth offering as well and let me tell you what a terrific offering it is! WOW I am impressed with Miss Amanda Platt and her vocals, this album was mixed well and sounds GREAT with songs like “Golden Child” that are easy toe tapping tempos. Just well written lyrics and jamming music, I could try to put them in many genres but let’s just call it damn fine music.

This album truly shines with it’s thirteen songs of greatness I LOVED Mr. Matt Smith’s steel guitar tones on the song “The Handbook” I LOVE that western swing pitch on this song. This song took me back to my own younger days of discovering love and music, and it was my favorite song on the entire album hands down.

‘The Only Eyes” is just an absolute slow moving jam, with more truly fine lyrics and Miss Amanda delivers the lyrics really well. The whole band is really awesome to be honest and they mesh well together in every way, like I said it’s a truly fine produced album. “Back Row” is another up tempo song that I enjoyed, I saw a lot of commercial potential in this album and I have heard it played on XM radio but I cannot see WHY major radio hasn’t picked this one up. I been the music lover in the back row before, the can sweats a circle on your jeans was a great well written line. This song paints a wonderful picture in your mind if you sit and listen to the words.

“Useless Memories” was…wow..more truly fine steel guitar features and “Piece Of Heaven” is another feel good song that pretty much anyone can relate to along with the fully twangy “Let’s Get Drunk”. This song was the twangy rowdy song I was looking for on their album I envisioned their capability of delivering.

This album closes with more truly fine jamming songs while the steel guitar and the beat pushes the song along well, “Hallelujah” is your classic Americana type song along with “Bartender’s Blues”. It has another good line All the Gunslingers Got Rings On Their Fingers I tell you what This album will most likely make my TOP 50 of 2016 and I hope it becomes available on LP, BUY THIS ALBUM!

This young prodigy is a complete knockout in the musician department as she is a classic mandolin picker and was called to the stage of the Opry by Allison Krauss at age 11. She did very well within Bluegrass music at a very young age and honestly I see nothing but major success for this gal who is now 24.

“Compass” is a very well written song and in fact Miss Sierra has wrote all of the songs on this new album accept one. I think she has TERRIFIC songwriting capabilities as well as her championship mandolin, and in her voice I see more influences to her style. I see Allison Krauss and I see Nickel Creek upon others.

“Choices And Changes” was another good song, and although some of the songs kind of run together because they are all the same tempo they are beautiful and impressively recorded. There just aren’t enough fast paced harder songs that I love about Bluegrass, her style is more slow and relaxed. Don’t get me wrong I am NOT bashing this album, no no it’s a darn fine offering from a truly wonderful person.

‘Weighted Mind” was a prime example of a whole different style of strumming and picking that not many her age can even hope to embrace, and I hope she continues this form and structure. “Lullaby” is another example of smooth relaxed vocals and younger influenced songwriting about growing up that anyone my age can relate to at that age. Leaving home and moving forward from your home you grew up in isn’t always easy and some never even do it.

The Wild Feathers Lonely Is A Lifetime

“Overnight” is a downright jam, this band reminds me of the Drive By Truckers and Band Of Heathens together. I mean dammit this band just absolutely amazes me in many ways, and this album I REALLY enjoyed. This is only their second album but they play together like they have been around for years and this album was REALLY WELL done production wise.

This album opens with another jam called “Sleepers” which is really nothing but a sleeper in tempo or sound, it’s a barrage of different sounds and types of roots. I see the Allman Brothers influenced them I see Neil Young did and I am loving the steel guitar twang in “Goodbye Song” intro. Take it from me this song is the best one on the entire album and not just because it’s about drugs but it’s just a tempo I enjoy in this type of music. Their stage show is absolutely amazing and they sell out fast.

“Happy Again” is another rabble rousing song about coming down and wanting to be up again, yeah even though their lyrics have some “sinful” meanings it’s pretty darn cool nonetheless. This is feel good music and they aren’t messing around! But the slow paced “Lonely Is A Lifetime” was recorded in a different way and the harmonies are REALLY good the likes of none other I have heard lately.

And one more really crazy thing I wanted to point out that doesn’t happen very often is I ran into a song called “Hallelujah” twice in one article from two totally different albums of two different genres. “Into The Sun” is a flat out jam with a rocking beat, and this album is another must have for your collection!