Mr. Billy Yates Launches Songwriters In The Round In Branson, Mo. 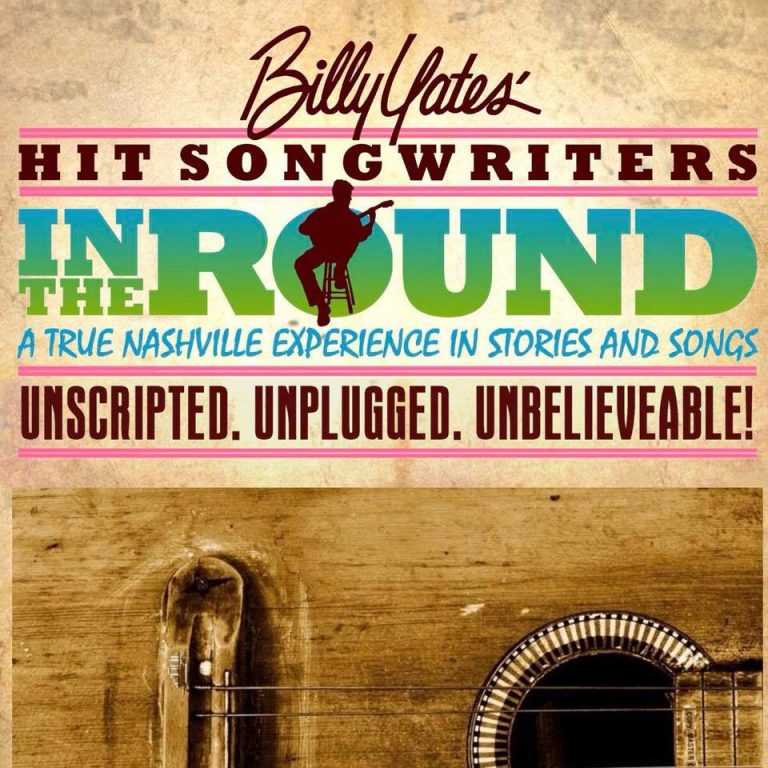 You know before I indulge into anything Mr. Billy Yates has contributed to Country Music on a songwriter standpoint, I want to point out that he produced MY NUMBER ONE ALBUM OF 2017 Mr. Charley Pride. That album was just too magnificent to pass up on!

I mean damn, when you say Country Music you pretty much say Billy Yates because he has embellished it on so many levels it’s uncanny. In 2000 he accomplished what Music Row said was impossible…he put George Jones on FM radio with ‘Choices” from the Cold Hard Truth album. He also wrote “I Don’t Need Your Rocking Chair” and more for Jones.

I have stated this before and I shall again and again. Country Music has three staple pillars of it’s foundations, the producer, steel guitarist, and songwriter. if you have ALL THREE, you have a platinum album. So with that in mind here let’s dwell on the songwriters for just a moment. WHAT MADE these people write these hit songs we all revere so much? I mean REALLY…WHAT was the story behind Max Barnes writing “Chiseled In Stone” or Don Schlitz writing “The Gambler”?

Well on April 6th The Americana Theater in Branson brings us the Billy Yates Hit Songwriters In The Round which will be a weekly show featuring 90 minutes of intimate rounds with those that wrote the classics. Each show will include a meet and greet as well as other enjoyable happenings.

tickets for Billy Yates’ Hit Songwriters in the Round are available at the Americana Theater box office at 417-544-8700 or online at www.HitSongwritersInTheRound.com.

Tickets for Raiding the Country Vault are available at the Starlite Theatre box office at 417-337-9333 or online at www.starlitetheatre.com