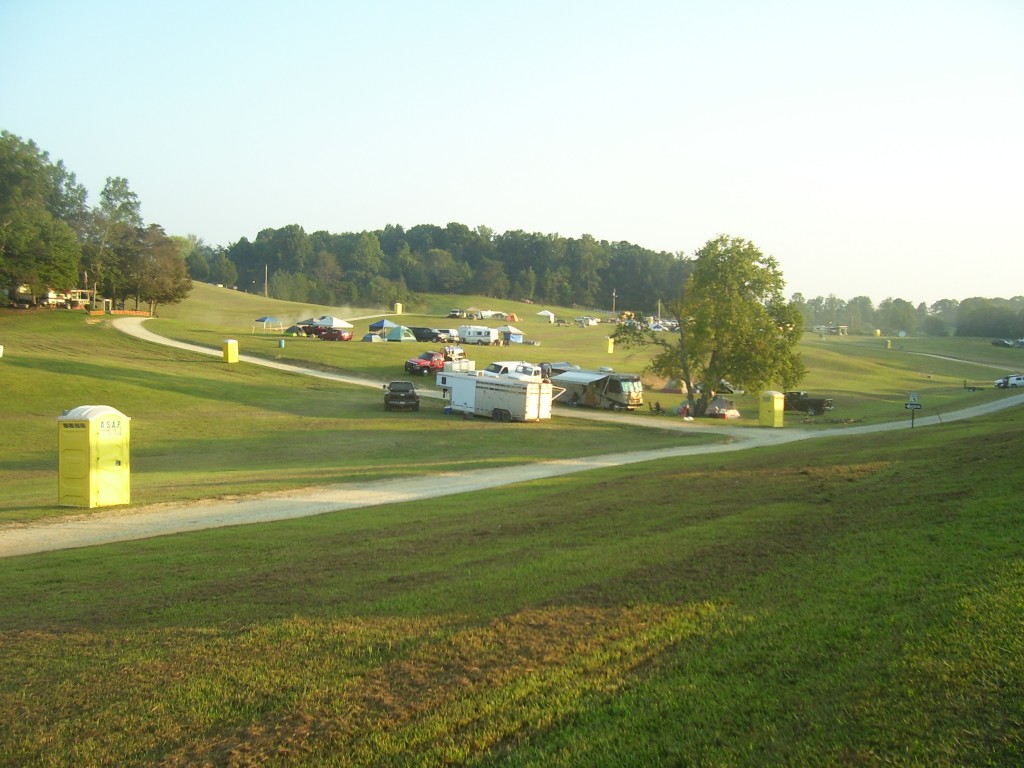 Before I go forth into this installment of my Muddy Roots articles I have to say in my opinion this article holds the number one set of the festival. Southern Culture On The Skids blew me away and I was so impressed with their set even though they didn’t play my favorite song. Now you might cringe at me because all of the Bluegrass Legends to come Sunday..BUT I have seen those acts and I have NEVER seen SCOTS. I REALLY enjoyed their set but I want to discuss some other sets first, ok?

If you remember my coverage of the Nashville Boogie this past spring also a Muddy Roots event you will remember me talking about Woody Pines that recently released a GREAT album out on Muddy Roots label. Both sets I saw this band perform were truly awesome and I enjoy this band’s music. The set opener was “Counting Alligators” and the second song was the awesome “Chew Baccer Rag”.

The band quickly barreled into “Crazy Eyed Woman” and as I was amazed at the steel guitar player I got to enjoy them play a Hank Williams classic “I Can’t Get You Out Of My Mind”. And like last time they did their HANK…HANK…HANK hollar with the audience. I’m pretty sure the next song was “Addicted To Blood” however I was approached by some readers and I was meeting new friends! YOU GUYS mean the world to me and I ALWAYS LOVE to meet you…don’t be afraid to come meet me.

“Stella Blue” was next which was off their new album. I truly suggest you get the album it is awesome. And then they played a song I REALLY liked called “Ham And Eggs” off their album “You Gotta Roll” which includes some KILLER steel guitar licks..I’m so glad it was included in this set. “Walking Down The Road” was next and the last song I got to hear them do was “Red Rocking Chair” because I was headed up to the wood stage to catch the next band. To be honest I will be going to see their house shows in the future I just love to jam with this band.

Carrie Nation And The Speakeasy is the next band I got to see play on the main Wood Stage. I have never brought them to my website before and I have been wanting to feature them for some time now. They are a string band with a trumpet player and they have some damn fine jams and can easily whip the crowd into a frenzy.

I have never saw their live act before or had any idea they had a huge stage prop of a monster dressed as a nun with a hatchet and a Bible. And as they jammed songs like “Consume” and “at Least It Fits You” their monster danced all around the stage. It truly was a great set in every fashion. They opened their set with “When You Plan To Stay” and then played “Consume”.

They went on to play more of their original songs from both of their albums “Way To Kansas” and another called “Sewanee River”. One of my favorites “Speakeasy Solution” was next and they followed it by “A Panegyric On Power And Darkness” and the last song I watched of theirs was “Promised Land”. I will for sure feature their shows again on this website in the future.

Moving on to another set from a great band I have featured on here before The Calamity Cubes are from the Kansas area and are frequently at Roots Music festivals, in fact they have already been announced for the Spring Weekender in Indiana.

They opened their set with “Lilly belle” and played a few more, I got steered off their set for a moment for meeting some new readers and old ones as well. Just SO MANY people to see and SO MUCH to take in at one time, and so much going on around you at all times. They had Rachel Kate up there with them to perform “Devil In Her Eyes”.

After they played “Delia Rose” they had what I thought was perhaps the most stellar lineup of the afternoon sets!
To perform “Barter Love” they had Rachel Kate up there with Liz Sloan and Jared from the Urban Pioneers and Many more as well all playing and singing along with Brooke and the Cubes. They closed their set with “Ivan” and their best song they play “Empty Bottle”. those three guys never fail to satisfy the Muddy Roots festival goers.

Well folks this brings us to my personal favorite set of the whole dern festival Southern Culture On The Skids. You might be dropping your jaws right now with all the Bluegrass Legends and Bobby Bare yet to come…why them? DAMN good question, this trio from North Carolina needed no fancy lights or explosions or anything but some good old fashioned rockabilly rowdy music. These guys (and gal) are LEGENDS, they have been around since the 80’s doing this and I finally got to see them. They got up there and slammed right into the song “Skullbucket” and then played “Voodoo Cadillac”. They had the crowd going absolutely ballistic and later had the stage FULL of people dancing so full you couldn’t even see the band!

This band played a HEAPING set with over 15 songs and every one was awesome, “Liquored Up And Lacquered Down” followed by “Nitty Gritty” and “Soul City”..many of these were from the 90’s and man I was TRULY amazed they were digging deep into their catalog of songs! Even though they didn’t play Too Much Pork where the pork chops get thrown out they later DID PLAY “Eight Piece Box” and threw out fried chicken.

The second half of their set was even more impressive and included “69 El Camino” “King Of The Mountain” and “House Of Bamboo”. But honestly when they TRULY started rocking the HELL out of the wood stage this first night was when they started playing “Hillbilly Surf” and barreled into “Cheap Motel” and then they played “Bone Dry Dirt”.

They brought up as many people as could fit on the stage to dance freely and frantically to “Daddy Was A Preacher Momma Was A Go Go Dancer”. by the time they finished up playing “Eight Piece Box” I was forgetting to take notes and resorting on memory. I was completely blown away before they went into “Camel Walk” and closed with “Banana Puddin”, I RAN to find their merchandise area before Hillbilly Casino was starting up. I was getting really tired from the day’s activities and the heat was draining me badly. I stayed for Hillbilly Casino and then went back to the hotel and got organized for Saturday, so let’s go into one of my last year’s winners for best set Hillbilly Casino.

I have covered their set MANY MANY TIMES on here,celebrated my last birthday with them and I saw their set more times than I can count. These guys are Muddy Roots veterans and have performed every year the festival has been held AND played this year’s inaugural Nashville Boogie. They opened their set with “County Jail” and “One Cup Beyond” and as usual lead singer Nic Roulette did a super fine job of running all over the place!

“No Toll Taken” and “Trainwreck” were next and also as usual was the rest of the band going nuts as well. Those four guys put on hell of a great show every time I ever witnessed them. I enjoy their recent LIVE album form this past July at the Exit Inn. “Dog On A Chain” was next and one of my favorite songs is “The Hole”. My all time favorite song they do is “Big Dan” but they didn’t play that one that I knew of, I did have to make my way back to the truck after about four songs. They were “PBR” “Jibber Jabber” and they played “80085” and the last song I noticed was “Violets In May”. I had a long weekend to get ready for and needed to get a good night’s rest at the hotel and PLUS my buddy Joshua Morningstar was coming to town! This was like Christmas Eve!!!!!