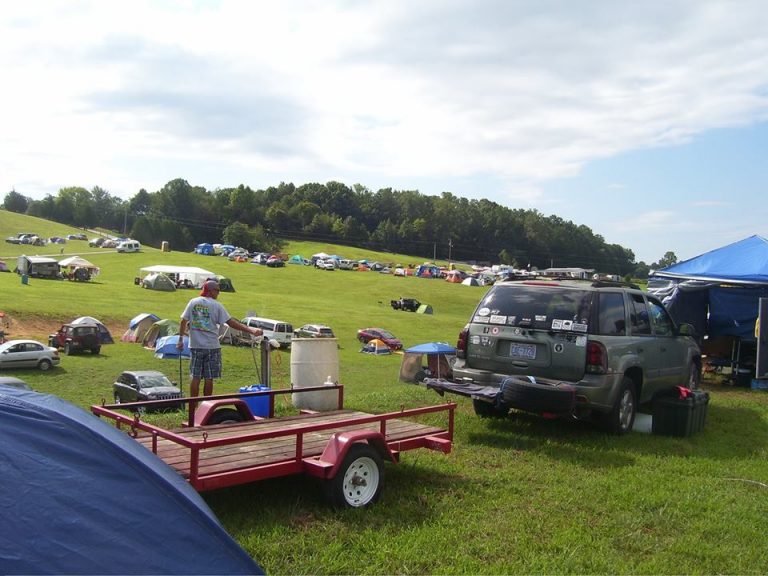 So when I returned to the festival for the first official day of music getting set up and getting caught up with so many people was a difficult task. So many different branches of people and places there all in one festival makes this a truly difficult task to undergo albeit a fun one to try to undergo. I had a fabulous breakfast at the hotel which is included in the price and was gassed up and ready to hit it.

Deadly Lo Fi was the first band on the woods stage (stage 1) however the Open Mic stage was going on stage 3 already, I’ll be talking about that on several occasions. Deadly Lo-fi has a new album out now called “Home Sweet Homicide” and they come to us from Georgia.

Despite it being early they drew a pretty good crowd out there and played “True Love And Murder”. Most of their music is horror based rock and roll songs with songs like “Jack The Ripper” however that was a cover song. They played one called “Picture Show” before an older one I noticed called “El Gato Taco” off “Bless Their Hearts”.

The last one I remembered from their set was “Walk Into The Sun” before I wandered back to the big tent (stage 2) for the first act there Mr. Bruno Esposito AKA Lone Wolf OMB.

Lone Wolf is a one man band from the Florida area that ironically plays guitar right handed but sets up his foot based drums lefty. My thought (being a lefty myself) was right handed guitars are easier to buy, and obtain. At this point I firmly began what I call my “float mode” where I do not stay for entire sets so I can catch everything going on.

The songs I recall him doing was “Can’t Be Satisfied” which was a Muddy Waters cover song. He has a really good slide blues thing going on with his set and I always enjoy him. He played “John Henry” before I broke away to buy my first round of shopping and see the Rusty Knuckles crew from North Carolina. They provide a hangout for so many bands and patrons that weekend and it’s always great to see those guys and catch up on the scoop of what business ventures they have going on.

A Pony Named Olga and my next band usually travel together and they are from Berlin, they label their music as Country Punk and Polka Billy and they played stage 1. I had to research them before the festival and I recognized “666-13”. They have quite an energetic set and can do a pretty good job of keeping the crowd going.

“Turn Off The Machine” was my favorite song off their set and they followed that with “Totalitarian Polka” and “Move Your Arse” from one of the two albums they released in 2014. The last song I noticed as I migrated was “Take Your Pony”, it’s a shame these bands don’t get to my area but I’ll be keeping an eye out on them for new music.

Trixie Trainwreck is from California and truly was an enjoyable set this weekend. She does a little bit of everything tied into her music all at once and it includes a down home feeling.

The first song I caught was “Daddy’s Gone” which I noticed on her only album I know about along with “Hard Working Girl”. Now then she has another song called “Take These Chains” not to be confused with the classic Hank Williams song of the same title. She didn’t play many covers which is partly the reason I enjoy Muddy Roots..the artists play more originals. I can go to bars around here to hear covers, I love original music.

She did however play “Everybody Wants To Go To Heaven” which was a cover song along with “Hard Working Girl” and “No Good Town”. Now as I mentioned Hank Williams before she did play “Lonesome Whistle Blow” by Hank and as I was packing up my stuff she played “Easy”, “Bumble Bee” and the last song I caught by her was “Hey Momma I’m In Jail”. I must honestly say this set vied for one of my top spots of the entire festival indeed and there might be some that don’t agree with me but they can write their own articles and I’ll respect their opinions.

The last band I’ll cover on this portion of my articles is the mighty Whiskeydick which is a heavy metal and Honky Tonk duo form Texas under the Rusty Knuckles label.

Every time they play around here I never get to catch their show it’s just never in the cards. THAT is why I love festivals that bring so many bands into one small area at once. “Devil’s Eye’s” was first and then came the best one they do “18 Wheels From Hell” and “Bastard Sons Of Texas”. However I’ll admit this Muddy Roots wasn’t the same without Mr. Bandana up there on the side of the stage on his chair. Every time I heard a golf cart buzz up I thought I would see him roll up to offer a ride.

“Honky Tonk Song” was next along with another good one called “Horse Made Of Acid” I tell you this was a truly great set here they picked some great songs for Muddy Roots, as they closed their set with “Drunk As Hell” and “Yee Haw”. So far the weather was PERFECT and the music was even better. The next portion I’ll tell you a little more about the Open Mic stage and Friday night’s big shows of the evening.