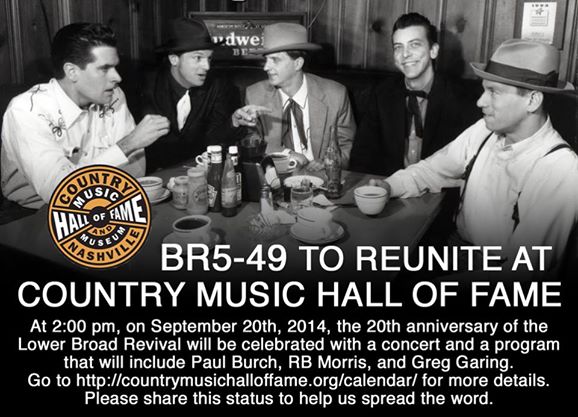 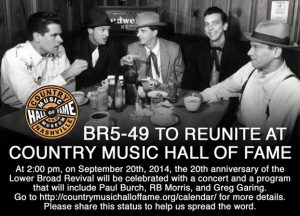 Lately the Country Music Hall Of Fame has opened some REALLY
nice exhibits and after Muddy Roots Music Festival I hope to be able to
sneak down there and check them out.
They have opened a good one for Kenny Rogers and the Bakersfield exhibit is still going on (I’m pretty sure).
Crystal Gayle has a really good one and “Sing Me Back Home” I have heard is wonderful.
Alan Jackson has just recently had one opened for him as well.

I’m REALLY wanting to take a day off from both jobs and go down there to see
some of the great artifacts and nerd up with information. I just become a sponge
around this stuff! I’m just NUTS about dates, places and people.

In my opinion there is NOBODY you cannot learn something from.
Even if you dislike what or how they believe there is still
some tidbit of knowledge you can find out.
Places as well are valuable and worth preserving and keeping.
Places like Printer’s Alley which is now in SERIOUS TROUBLE (and you need to sign
the petition).

September 20th the Hall Of Fame will be celebrating the 20th anniversary
of Lower Broad Revival with a historic reunion of EPIC PROPORTIONS!
Folks this has happened a few short times as of late and I’m hoping it happens
MORE and some albums result of it.

ALL FIVE original members of BR5-49 will be there AND PERFORM for this event.
This information WAS CONFIRMED by Smilin Jay McDowell on bass.
The intense road life and other ventures became the demise of this powerful
Hillbilly Honk Tonk band that is integral to underground and roots music.

Their last full known performance (to me) was when they opened for Old Crow Medicine
Show at the Fontanel Mansion.
I really enjoy Chuck Mead’s solo music but if this means he’s got the boys back together
I’m ALL FOR IT!