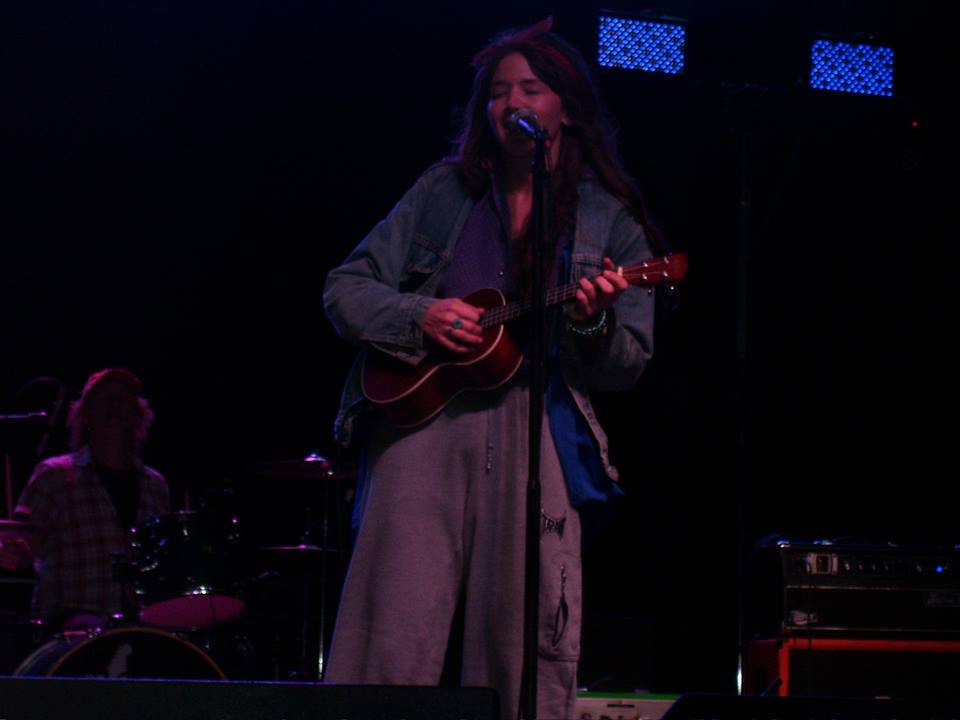 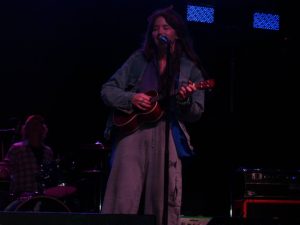 One of the artists that I have definitely seen growing this year was Whey Jennings.
Both as an artist and a songwriter he has certainly grown both in writing and
his singing.
He played with his guitarist Nick Giese (Giese Lightning) and Country Legend Billie Gant.
His father Terry Jennings was also there and was supposed to do his storytelling section
sunday morning but for personal reasons ha to cancel.
But Mr. Terry was there for Whey’s set which was fun to see.

He opened his set with an original that they wrote called “World Gone To Hell”
which was a really good song and like I previously said I was impressed with his growing
writing ability.
“I always Been Crazy” was one of his grandfather’s songs that he has always covered really well
along with “I Always Been Crazy”.
I first discovered him at Altamont last year and he was only basically doing cover songs
and didnt have any originals. He is really come a long way in a year.

He played “In Between The Lines” and several more Waylon songs and I went out and got
some food and visited with people while that was going on.
He played another really cool original song called “Old Empty Bottle” and I
really enjoyed it along with the last song he played called “Missing You” which
is an acapella poem he wrote about his grandfather Waylon Jennings.

He also played “Belle Of The Ball” and “Honky Tonk Heros” which was a Billy Joe Shaver song.
All in All I enjoyed his set and thought alot of his ability to grow.
He is slowly developing his own sound and style and he needs to continue to focus
on that in the future.

Raelyn Nelson is the granddaughter of Country Legend Willie Nelson and is really
doing her own thing and her own sound.
It’s not really “country” per se, but if you listen to her for any length of time
you can truly see her country roots. Although she doesn’t always show them in every song
she had a good set and I enjoyed it very much.

She opened her set with “Missing You” and “Moon Song”. Most of her songs were
all upbeat and had a lot of high octane tempo.
She also did have a really good band backing her up and I admired her guitarists
playing abilities.
“Knocked Down And Up Again” was a good song that everyone was enjoying.

It was cold, damp and misty that night. The damp night air was settling in and
it was hard to take notes and I certainly couldn’t use my laptop.
It was a difficult weekend to work that’s for sure.
“Daddy’s Grave” was my favorite choice of songs of hers on her setlist.

One thing I really liked about her set was she did almost all originals.
Even though what she does wasn’t one hundred percent country, I didnt get
the impression she was riding coat tails or copying anyone.
“Mason Jar” was another good song she did and “Get a Room” was also
good.
I began packing up the merch tent and getting things ready to close down for the night
because due to a weather clause Billy Joe Shaver couldn’t play that night.
She closed her set with a song called “Brother” and the way she delivered the song
I could tell it was sentimental to her.
I look forward to great things in the future from her and maybeye some music
in other directions from her too. I can see her doing other albums in other avenues.

As I previously stated Billy Joe Shaver couldn’t make it. It was damp cold and
misty and after all he IS 76 years old!
You know pneumonia is one of those things that hospitalize and kill our Country Music Legends.

Now a man from Louisiana that I’ll tell you about in future articles Hal Bruni
took the stage for the end of day 2.
He played an energetic set with covers and originals. He opened this set with
“She Knows The Words” and one off his album ‘Blue Collar Town” called “Southern Music”.

He also played several cover songs and one he played from Charlie Daniels was “Trudy”
which was off his 1974 “Fire On The Mountain” album.
And another song I noticed was called (I believe) “Smoke And Mirrors”.
And I had to pack it up for day 3.
But before I did he called up a TON of people for a tribute to Wayne Mills
and they all played “The Last Honky Tonk”.
He told me a story earlier about how Wayne Mills was his child’s Godfather
and other personal things about his relationship with Wayne Mills.