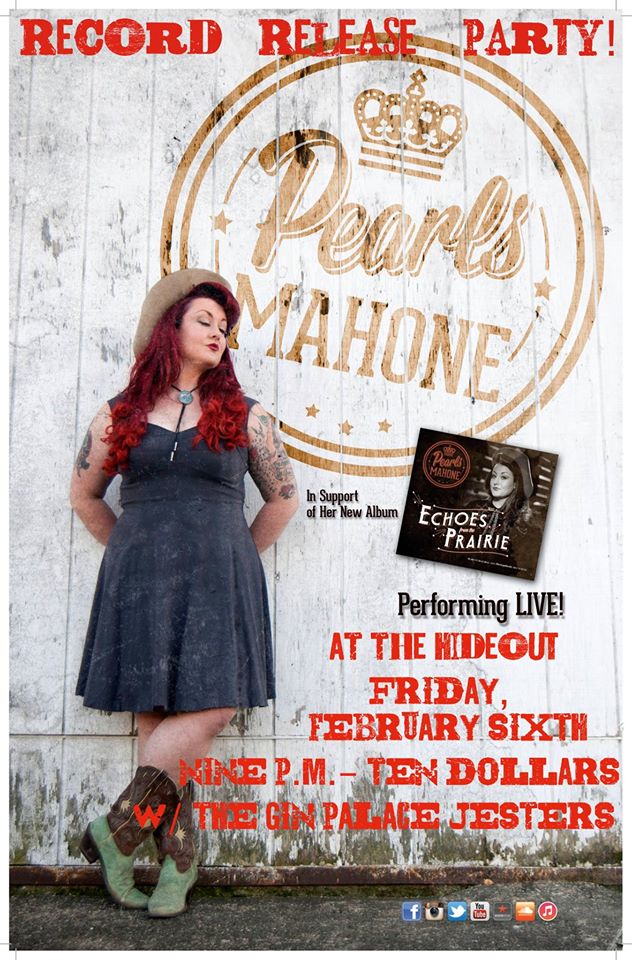 Folks there are two things I never do when spending time with artists and bands. One is if we are both
at another artists show together I will NOT pester them about their own music or what they have
going on. They are there to relax and enjoy another person’s show and I can respect that.
The second is if they are staying in my home I treat them like guests, I don’t hand them a guitar
and have them play..unless it’s a planned thing. I don’t make them drink 100 beers and party all
night long, and I don’t treat them like a artist I admire…they are friends.

HOWEVER when the show starts or festival starts it’s picture time and I’m fixin to be a pest!
With that being said I recently went to a Hillbilly Casino show for my birthday and I got to
spend more time with this talented young lady Pearls Mahone.

She’s based out of Chicago area and is heavily involved in Muddy Roots Festivals and in fact
she’s on the bill for the Muddy Roots Nashville Boogie Vintage Weekender.
She has played Moonrunners Festival two years in a row, and also played both previous Farmaggedon Fests.

She toured Europe this past year playing in seven different countries in thirty days.
And she is heading to Texas and Nevada for a two week tour in a few weeks.

She’s always been really super nice to me and I enjoy seeing her and talking with her
and by day she is a school teacher. She has a very successful life and I enjoy getting to see her
on social media doing things like sharing her new house with us.
I think she has a terrific voice and I enjoyed her cover of “Thanks A lot” on her last album
And the song “Blow Your Top” is also a good tune.
My favorite has always been “Three Rounds Left”.

February sixth at The Hideout in Chicago she will be releasing
her second album “Echos From The Prairie”.
Also she has been taking her show to Europe as I heard plans of her doing that.
If you are in the Chicago area in February I strongly urge you to go check her out and tell
her I sent you!
As soon as it’s available to order I’ll be picking up my copy and supporting her new album.
And heck you might even see me feature it on here….