So Just WHO Is Chris Stapleton You Ask? 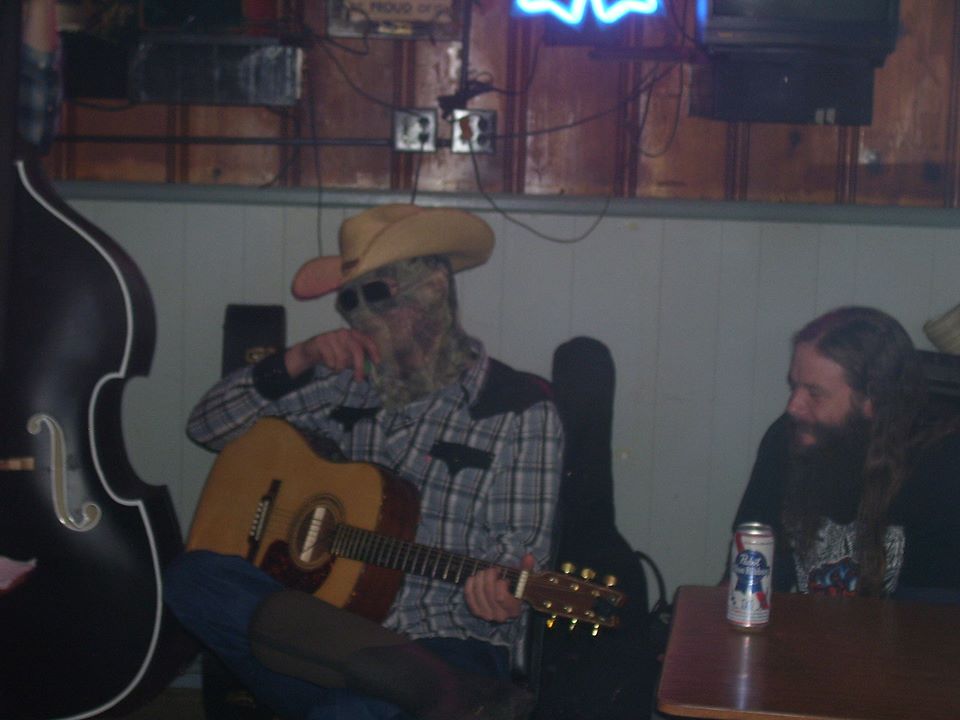 Well OK folks I figured I needed to write this for one reason: I had literally a hundred friends and co-workers and people in my community ask me this after this week’s CMA awards. I find it truly amazing how many people said how they loved his voice and his traditional country sound, but turn to the CMA awards to find what they claim to love?
WHY didn’t they just turn to websites like mine or actually research for themselves and find real country music? WHY must it be placed right in their faces I’ll never understand, the media decides what most people like and don’t like to such an astounding extent. So enough scolding and more answering the question.

Chris Stapleton is originally from right here in Kentucky having been born in Lexington and raised in Staffordsville right outside of Paintsville. In 2001 he moved to Nashville and as a songwriter he has over 150 cuts and six number one hits by Pop Country artists like the song “Never Wanted Nothing More” by Kenny Chesney, and “Love’s Gonna Make It Alright” by George Strait on the album “here For A Good Time”. I’ll touch on more of his songwriting accolades in just a moment folks.

In 2008 he became the iconic lead singer of the Bluegrass band the Steeldrivers, and recorded two albums with them including one of their most commercially best album “reckless”. That album won an IBMA award in 2009 for “Emerging Artist Of The Year” and they were also nominated for a Grammy in 2010 for Best Country Performance for the songs “blue Side Of The Mountain” and “Where Rainbows Never Die”. Later in 2010 he left the Steeldrivers to form a Southern Rock band called “The Jompson Brothers”. I really didn’t follow his work until later on around 2014 when my friend Robby Turner announced he was playing steel guitar for him and he was releasing a solo album.

Now I want to tell you this: I truly regard steel guitarists as backbones of Country Music in every way and Robby Turner is a former player for Waylon Jennings. So when he informed me of this project to be called “Traveler” I was completely enthusiastic. And when I was sent the album I met it with high regard and featured it with much accolades. He has one other album called “What Are You Listening To” that was recorded but never released, however there are many bootlegs out there and if you can find one…it’s worth a TON of money to collectors like me.

More of his songs he has had recorded by people include:
“Drink A Beer” by Alan Jackson
“Higher Than The Wall” by Patty Loveless
“Your Man” by Josh Turner
“Whiskey And You” by Tim McGraw
“Talk Is Cheap” by Alan Jackson
‘Crash and Burn” by Thomas Rhett
“Miles To Go” by Allison Krauss And Union Station

Now the song he performed on the CMA awards with Justin Timberlake was Tennessee Whiskey, that is a cover song originally performed by David Allan Coe and also George Jones. It was written by Dean Dillon and Linda Hargrove, however Linda was sick during the co-write and could only write two lines.

Chris has won 6 ASCAP awards for most performed songs in 6 years, so I’m not really sure HOW he won “New Artist Of The Year” this week…although I’m really NOT arguing. Now a lot of people are asking me my honest opinion of if Country Music is truly making a pendulum swing comeback? It does seem that many people hunger for the Traditional sound that people like me have been writing about for years, and I think if it’s dangled in front of their faces like it was this week it WILL have a comeback. The general public is not very ambitious and is VERY picture driven, it has to be practically forced upon them to notice it. Do some research folks and become informed and educated is all I can say.