The Steel Woods In Bowling Green. 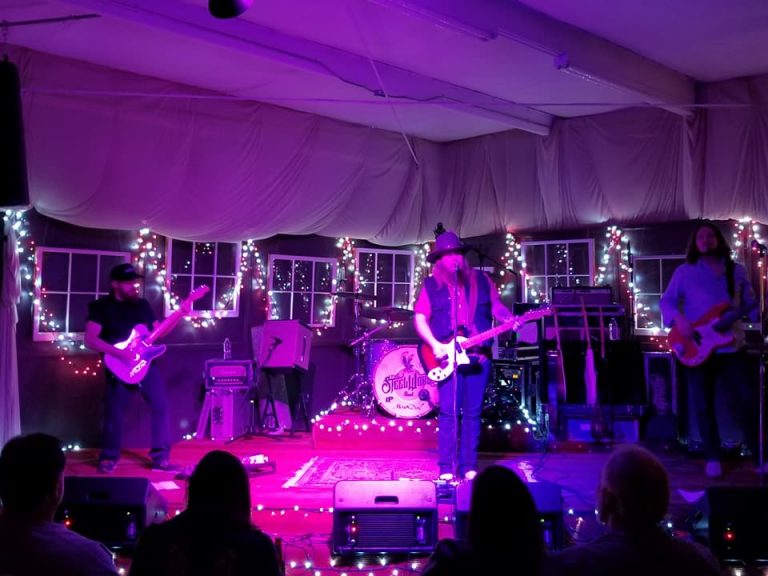 Yeah I got my turkey in the fryer and a ham in my oven, and while it fries I thought I would touch on some bands I haven’t had the chance to report on as much as the other bands I do. Last weekend I went up to Bowling Green Kentucky to a familiar venue called The Warehouse At Mount Victor.

If you’ll remember I featured Mr. Ward Davis out there just a few weeks ago, and we had fun.Well this time I went down there to see a Bowling Green area band called The Josephines. This band is made up of members Mr. Bradley Tabor – vocals, acoustic guitar Mr. Joshua London – bass, vocals Mr. Justin Wilson – drums, vocals Mr. Zachary Lindsey – electric guitar, vocals and Mr. Alexander Lindsey – lap steel, vocals. And after you see this article I ASSURE YOU You WILL want to check them out, they are that damn good.

This album was a pleasant surprise possible addition to my TOP 50 of 2017, usually I don’t really consider many EP smaller album BUT the unique sound and the authenticity of this band just resonated my attention.  Their album release party is up in Bowling Green on Saturday and sadly I’ll be there tomorrow for Dallas Moore, I cannot do both nights.

Their set was more of a dark and poignant sound than this crowd was prepared for, accept ME, I’m down for all sorts of genres and types of music. I GET these guys and I think Muddy Roots would benefit heavily from their presence at the Gothic weekend or the main festival in Cookeville. I mean their second song in their set was called ‘So Much Blood”, and it filled with deeply macabre lyrics and a vocal presentation unlike any I have ever witnessed lately since the Native Howl, or Those Poor Bastards.

Their album is called “Sober Up” and contains only six songs, but what it lacks in length is made up for in quality of the music and presentation. They started out with a song called “Coal Mine Gone” , and through the middle of the set there were three songs I didn’t find in my research. I WILL BE further delving into this band, so I shall not contact them at this juncture because I wanted to surprise the band.

Their last two songs were called “Cocaine” and another called “Fireball”, now this last video is the promo from that album. I must admit, at the beginning I had heard they were good but I didn’t expect them to blow me away like this. I gave them a big bag of deer snack sticks, and I’m DAMN SURE I’ll catch up with them soon.

So the main show tonight was of course the almighty The Steel Woods a Nashville based band that mixes blends of many types of music to form one powerhouse band EVERYBODY is talking about.  They play many great shows in my area, and their debut album on Thirty Tigers called “Straw In The Wind” is outstanding.

That’s the lineup of this band that has been blazing trails all over the United States, and has rapidly become one of the current bands promoting that Southern Rock type ambiance, while maintaining a fresh new look and sound.  They opened their set with “Wild And Blue”, and then played a cover from Waylon..”Lonesome Onry And Mean”.

They ran through their entire album almost with songs like “I’m Gonna Love You”, and “Never Go”. One of their better songs that has become one of my favorites was called “Uncle Lloyd”, it’s a well written song that I related to well. “Whatever It Means” was another well played song live, and it displayed true love of their roots.

They have a great vibe onstage and play truly well together, and one can easily ascertain that they enjoy playing together. As they went into songs like “Cover Me Up” and “Same Old Blues” they once again showed their influences with a great rendition of ‘Whipping Post”, and a truly heartfelt version of “Yesterday’s Wine”.

One of the first songs I have ever heard from this band was the song “Della Jane’s Heart”, before going into their album’s self titled “Straw In The Wind”. The vinyl is a double record set like the Cody Jinks album however album 2 side 4 contains only 2 songs, it’s not a bad thing really.

Toward the end of their show, they played ‘Hole In The Sky” and the first song off their album called “Axe”. Before closing their set they played a two song encore tonight, and those songs were “Better In The Fall” and the last song was called ‘Let The Rain Come Down”.

All in All I had a wonderful time here tonight with two truly talented bands, and I am always glad I get the chance to see them both live. Both of these bands have my full support on this website and I fully plan to continue my ranting on them. BUY THESE ALBUMS NOW!