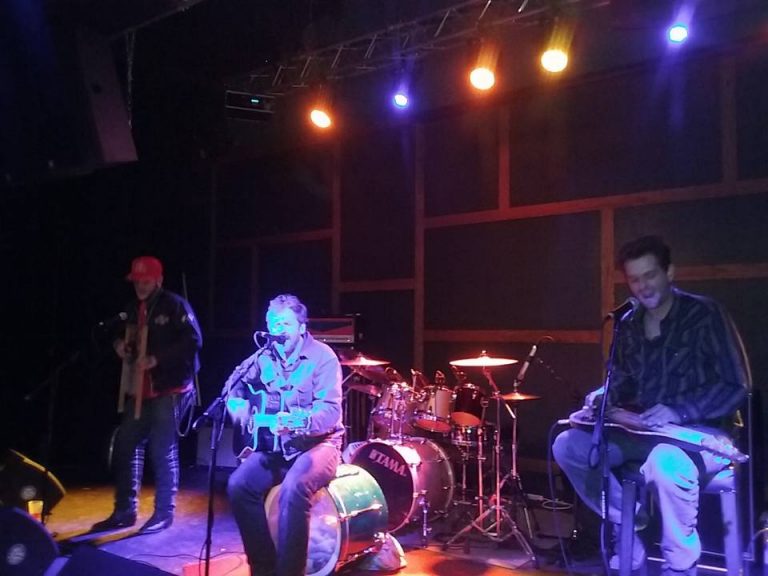 Folks this article is being written within a week’s time at two different venues and in fact two different states. Right now at this time it’s Sunday night and I’m listening to Red Dirt Texas stuff to include in my TOP 50 list. See that’s some new features I’m bringing into the website for 2017, so Texas and Oklahoma scenes ARE on the horizon for me. Let’s grow this thing into an even BIGGER mecca for the bands to be featured. I’m not going to cross promote anybody’s brand so THIS IS part 1 of the 2 part articles.

Last night I ventured on down to 12th And Porter to see the bands Stump Tail Dolly whom sadly I missed because of a traffic accident that I got stalled in and couldn’t move. And the other band that is part of the focus of this article is Hellbound Glory.

Last night I saw a really good show by the band and I haven’t saw them since Muddy Roots 2013, yeah it’s been THAT LONG for me. See every time they were around something always came up PLUS you know it’s not easy keeping up with all the bands I do, so you understand I’m quite sure.  The band is still in darn good form with Mr. Ricky on the washboard now, and Rico still on his signature lap steel guitar. Of course the core of the band Mr. Virgil Bowers front and center growling his usual lyrics of sorrow and drug infused misery. I mean it is Scumbag Country after all, it has meaning behind the misery and pride behind the pain.

When I arrived they were just beginning their first song “Another Bender Might Kill Me” and they also did play some covers tonight like “Long Haired Country Boy” and later on in their set they played “Delta Dawn” which was wrote by my friend Larry Collins..Ol’ Flying Fingers himself! Jumping around their set list of covers they included “Honky Tonk Man” and “In The Pines”.

The rest of the originals were absolutely stunning tonight and in true Hellbound form. “Barroom Beauty” was next as well as “Knocked Off That Horse”, and followed by “Living With Shades Pulled Down”. Also included within the originals set were several Excavators songs “Feudi’n” “World Coming To An End” and the third one was “Big Time”. See last year they released an album under the name Excavators so they in essence were still doing originals.

“Hank Williams Records” was the beginning of the close of their set for the evening which was an altogether early show, that included “Bastard Child” and the cover of Hank Williams Jr’s “Women I never Had”. I thought this was the close however they played “She Left Me In Modesto” as their last song.

Now then, like I previously stated there will be another piece of this article that will include a whole entire day of a festival I’ll be attending this Friday in the state of Indiana. I’ll be shipping out of my driveway around 6AM on Friday morning to arrive in that area Friday afternoon, and I’ll begin the writing on Sunday and Monday. So you’ll read more about this band then folks!