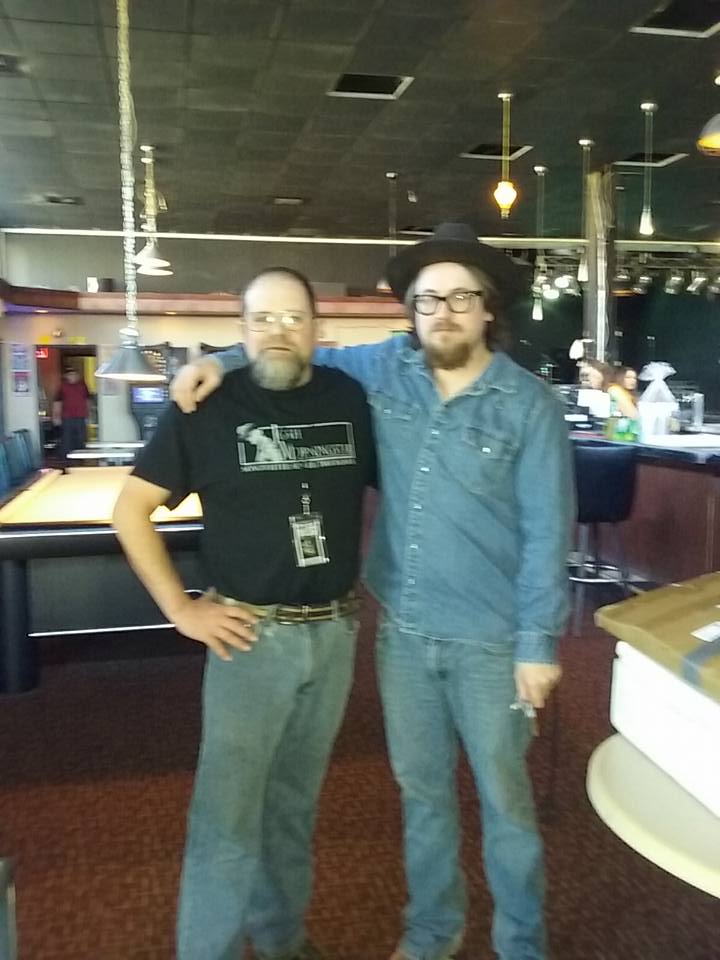 A few years ago this guy hollared at me through Facebook, and had a question about Hank Williams Junior and siad Mr. Chris Miller directed him to me. Well we researched his quandary together until he found his answer, and he told me about his podcast he had going. Now mind you we were both influenced greatly by Mr. Chris Miller and His Blue Ribbon Radio podcast of drunken eclectic playlist format.

This man started a low budget podcast in his living room in a little town in West Virginia called Dingess, and he had his first anniversary show on his couch with toys all over the floor and beer cans all over the table. I mean this guy is a husband and a father just like we are but at night he transforms into (what I have called) the “Paul Harvey Of Podcasts”. This cat has the look and the voice to grab you by your privates and MAKE YOU pay attention to the music he spins.

Spins it he does folks, much like me HE BUYS the music he features and scours the internet for HOURS to find the perfect stuff to feature. Now mind you I am a bit more varied in my featured music than he is but he ONLY PLAYS what’s in HIS heart…just like I wouldn’t write about music I don’t like.

As social media evolved into the networking mecca that it currently is now he has taken advantage of his knack for using it to turn his living room circus into a full blown carnival broadcast from his own bar in his backyard that he worked for. I mean let’s face it this guy is the American Dream like many festival organizers I know, he busted his ass night after night to achieve every accolade he has in life. I pulled MANY MANY all night working sessions in my office here building this empire into a 3-5000 hit per day operation, and honestly that isn’t that impressive of total numbers for a website if you ask me.

I went out there last year to witness the man in his own playground and I’ll tell you if you think I HAVE my operation down to a science you haven’t met him yet. So this year on April 8th in Huntington West Virginia at The V Club like his last two anniversary shows. Mr. Don has a VERY fun venue out there and he is a super nice guy if you go make sure to stop and THANK HIM for working out the deal to host the show.
This man and his wife are like family to me and I stayed with them the whole time, it was the most pleasant visit I ever had in my music adventures. I look forward to re living this visit again for years to come.

You can buy tickets HERE or you CAN buy them at the door but i’m going to tell you UP FRONT…it gets PACKED UP THERE!

So let’s talk about this years current lineup for his fourth anniversary show shall we? Folks for TWELVE DOLLARS YOU GET ALL THIS MUSIC! Jesus use the money you save to buy band merchandise, ok?
You can listen to his podcasts by going to this link HERE.