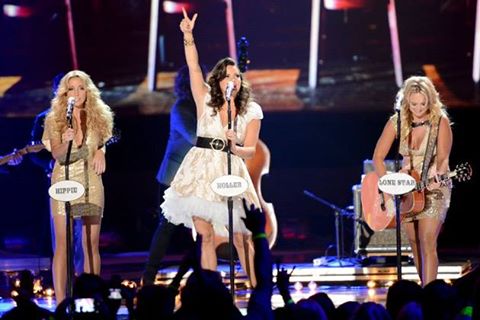 I must admit folks I am a little bit late on this subject, but I have a valid reason why. Upon further reading of my hypothesis and analysis of this subject, you will discover why I say that. You see on May 27th just a short time after Country Legend Don Williams announced his retirement, and one day before his 78th birthday the album aptly called “Gentle Giants: The Songs Of Don Williams” was released.

It was produced by longtime producer Mr. Garth Fundis who has been his producer since the 1978 album “Expressions”, and includes many artists from several genres. The album has eleven tracks and more than six songs feature a female singer on vocals, and proceeds from the sales of the album were donated to MusiCares program.

When producer Garth Fundis was contacted and asked to produce this album he quickly said YES, and additionally offered his personal collection of thousands of notes and facts from working with Don Williams all these years. I thought they did a wonderful job on this album, it was well produced and the proper songs were chosen to compliment one another.

So now that brings me to this juncture in my studies and my question, could this album and other occurrences usher in the triumphant return of the trio “The Pistol Annies”? The Pistol Annies made their debut on April 4rth 2011 on an awards show, and quickly rose to the forefront with their snarky lyrics and their gorgeous harmony vocals.

However in 2013, they cancelled their tour dates and went on temporary hiatus. In the past all three members (which consist of Angaleena Presley,Ashley Monroe and Miranda Lambert AKA Lonestar Annie, Hippie Annie and Holler Annie) have positively stated the band is NOT DONE and will continue in the future. And trust me folks we have been eagerly awaiting that return.

You know this band shared success in both the real Country scene and the pop country scene as Miranada Lambert recorded several pop country albums that were selectively enjoyed by real Country fans. But Angaleena Presley and Ashley Monroe both released some truly fine REAL Country albums, that have garnished much success. Their first album “Hell on Heels” surprisingly generated much radio airplay.

Miranda Lambert was recently on a radio show I listen to from Texas and she said “We’ve been texting a lot and just trying to figure everything out,” she explained. When we get in a room it’s magic and so we just have to find time in our schedules… to just get in a room for a couple of days and I’m sure more magic will happen,” she said.

Just recently in July of 2016 at a show that Miranda Lambert was playing she brought out the other two gals to perform their title track of their first album “Hell On Heels”. And they hadn’t performed in over a year, it doesn’t look it. I mean that magnetism is still present along with their girly yet bitchy ambiance they portray on stage. They aren’t playing games and they mean it, their lyrics reflect the WANT for a man but not the NEED for one.

If you ask me aside from Sunny Sweeney these three gals are the BEST songwriters in their genre, complete with some truly inventive hooks and lines. It’s not hard to understand and it’s subjects everyone can relate to, and their album sales proved just that. When “Hell On Heals” went to vinyl it went gonzo nuts in sales, garnishing A positive and promising future for them.

We also have the recently released Sophomore album “Wrangled” from Angaleena Presley that contains the song “Dreams Don’t Come True” that joins them in the studio once again, and to be honest it was almost as good as their first album. It sounded FANTASTIC, was completely well written and produced.

They are completely on good terms with each other, and I suspect the only reason they aren’t performing together is scheduling issues or legal contract reasons. If indeed it is legal reasons I would surmise it’s none of our business, and sometime soon we will indeed witness a third Pistol Annies album, and when they do you can damn sure bet I’ll be in on it.