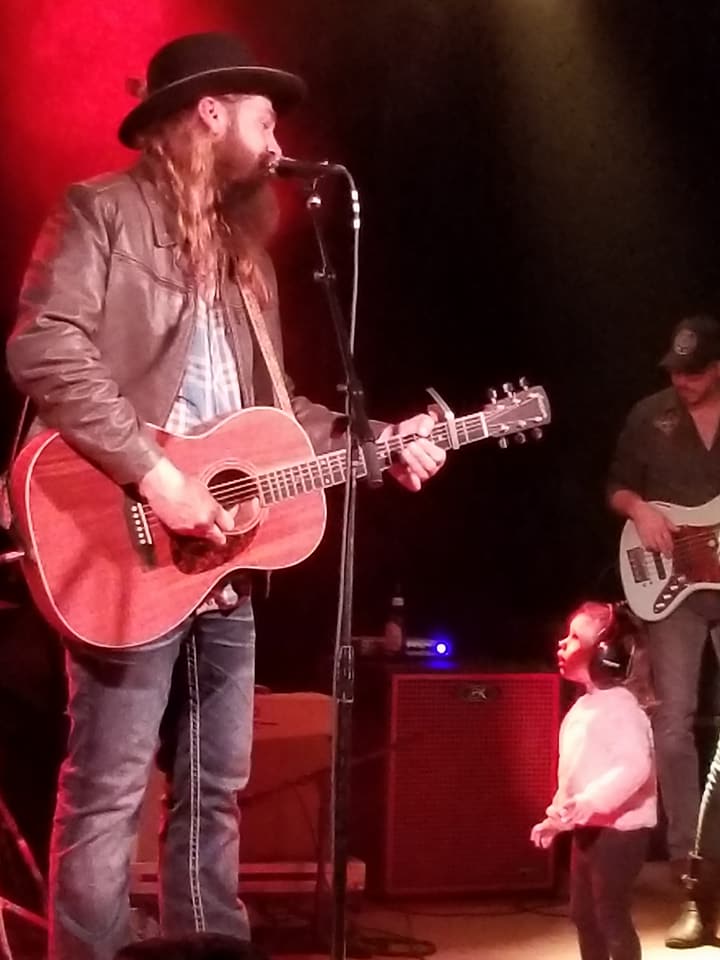 I’m taking a break from my TOP 50 of 2017 today to come down to Nashville to see this trio of great artists that I frequently write about. In fact just next week in Glasgow Ky I’ll be writing about Ward Davis as well. He’s been heavily on my radar for this year, as he is planning his new album…in fact right now as I publish this I am on the way to see him perform tonight again.

His new song called ‘Geronimo” is one I have videoed many times, and might again tonight who knows? I’m excited here tonight and there is a pretty good crowd building up here now, for this Christmas Eve Eve show. I have never had the chance to cover this first act Mr. Channing Wilson, and I look forward to covering his portion of the show tonight.  I can say the last time I covered Tennessee Jet, was impressed with his versatile guitar playing and his songs so lets see what transpires here tonight everybody because its almost showtime here in Nashville at 3RD And Lindsley.

Mr. Channing has his own style and identity but at the same time he sticks to the format of the Outlaw scene. His songs are very enjoyable and easy to drink to, like the second song he played called ” Blues Coming On” that’s off his self titled album that’s available.

‘Sunday morning Blues’ was another well written song he is playing tonight here for us, and that’s also off his album he has. This is truly a fantastic set here tonight so far folks and damn he’s only into the fourth song…whoa.  I’ll have to feature some more of his music in the future, like the song he wrote “Black Jesus” that was cut by Jason Eady, who is one of my TOP 50 OF 2017

Honestly I would have payed the door fee to listen to any one of these fine acts here tonight and next we have the guitar wizard known as Tennessee Jet. I covered him last time I was here for Cody Jinks this year, as I have been to many good shows here, this is truly one of my favorite venues. The food is really good, however the kitchen closes pretty early so you better eat when you first arrive..there aren’t even chips after a certain time.

Tennessee Jet opened his set tonight with a song called “Never Forget”, I am waiting for him to bust out some of those killer guitar leads later. His show is very eclectic with soundtracks and sound effects, while changing into acoustic songs. He plays guitar AND drums together while going into Waylon Jennings “Long Time Gone”.

“hwy 51 Blues’ displays some truly fine slide guitar wizardry indeed along with slides and harmonics of all varities. He is loud and proud, and has an energetic style for this type of show. You can easily tell he is influenced by many types and styles of music, as are the people that attend these type of shows. He is playing a jam packed version of “Zoom Zoom Blues” along with another of his set changes to acoustic.

He plays an acoustic version of “Devil In A Bottle” followed by another great song called “What Kind Of Man’ which is about extreme alcoholics, and the women that loves them no matter how bad they get. This truly is a well written song here, and then towards the end he turns it around to ask what kind of God loves a sinner that way?

“I’m In Love” was next followed by “In The Pines” which much like Rory Kelly he puts a heavy twist on the song, after doing a different version of Dwight Yoakam’s “Guitars Cadillac And Hillbilly Music”, which drew his set to a close as he played “Dead Belles And Bones”.

Next up is the main act tonight Mr. Ward Davis, whom is playing to pretty good sized crowd here tonight. They are currently setting up the stage for his portion of the show tonight. He opened with “More Goodbye”, and went on into songs like ” No Going Home” and “Papa And Mama” that Ray Scott wrote.

I’ll be shooting a video for the song “Geronimo”,and in fact as I write this portion I’ll be driving up to Glasgow Kentucky tonight to see him play at the Plaza Theater..article coming SOON!

We enjoyed him playing “Unfair Weather Friend” and his ever popular “Old Wore Out Cowboys” as well as some other terrific songs the likes of ‘Colorado” and “Big River”. You know folks in the next few weeks I have a “Little” idea I’ll be debuting on my website, but he had a surprise onstage guest…his little daughter. I will post some pictures on here for you of the little darlin.

Of course he played the Cody Jinks collaboration of “I’m Not The Devil” along with a random Waylon song that he changes every show. He then played “Seven Spanish Angels” and his title track to his album “15 years in a 10 year town, and the great Ronnie Milsap song from 1983. That was written by the great Mr. Mike Reid. And as he closed with the “Overpass” and “Don’t Forget To Get Stoned”, we all had a wonderful time out there..I have so much fun writing about him I’ll be leaving here shortly to see him AGAIN.