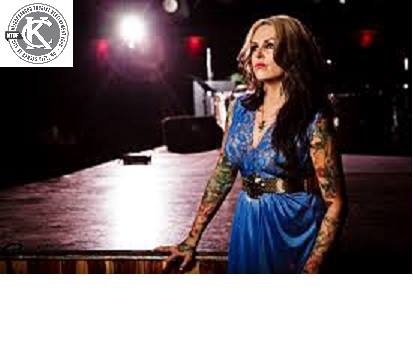 Folks I’ll be heading out to Kansas City shortly after the Boogie in may of this year for the third annual Wesport Roots Festival which I missed last year but promised them I would help them grow. Also, I haven’t brought my website out to that area yet in person so this partnership will be a win-win situation. Now the website states that there will be some venue changes and I am CONSTANTLY adding and editing ALL my festival articles as I learn and discover things. I got HUGE NEWS concerning this festival, perhaps the most involved I have EVER been in ANY festival in this website’s history!

Little Class Records CEO contacted me not long ago and asked me if I wanted to do some cross promotions with them, since I was already planning to cover the event live. The Westport Saloon has a big hand in this festival and it appears that there is a whole area of venues involved within the Wesport district, which is Kansas City’s oldest portion of the city. There will be six stages involved and they all center the like music, I’ll be hosting the Honky Tonk stage and covering the event. All six stages go at once and four of them are indoor stages, two of them are outdoor tent stages. They are however pretty close together and within acceptable distance of one another.

HERE is MORE information Concerning stage sponsors and what genre of music is being featured where.

Languanitas Brewing Co., The Westport Saloon, and Little Class Records bring you the 2016 Westport Roots Festival Memorial Day weekend. Over 60 bands on 6 stages in your favorite neighborhood. From Psychobilly rowdiness on the Pabst Blue Ribbon at Buzzard Beach to Walnut Valley Festival Bluegrass Favorites on the American Born Moonshine stage hosted by Finetimecamp, we have all of your Roots Genres covered. Get your fill of twang and Honky-tonk on the Boombox.FM stage at Ernie Biggs Westport hosted by Gary Hayes Country.

Not to mention, we still have an entire stage of heavy hitters booked by Dylan Thomas Dorrell to announce in February! This guy knows how to throw a party as can be see at Dylan’s Big Birthday Bender Blowout Bash coming up next month. Don’t forget about the Busch Beer Presents: Westport Roots Reception! A preparty featuring Dale Watson! and the Four Roses Bourbon presents: Roots Fest Recovery with Special guests Mountain Sprout!. OK Speaking of this fellow and his stage he has added some heavy hitters among the Roots Music world in the Goddamn Gallows MORE!

If you’re planning a weekend of it, please consider AC Hotels by Marriott Kansas City Westport. Its right across the street and downhill from the festival, so you can easily stagger back to your room after you have enjoyed all the Four Roses Bourbon you care to drink. Be listening to KKFI 90.1 FM and watching Ink Magazine for more information and schedules as the date approaches and feel free to stop by any of the AWESOME SPONSORS’ pages and tell them thank you for supporting live music and arts!

This festival is located in downtown Kansas City in what they call the Westport District, and there are two hotels within walking distance of the Westport Saloon here are the links:
AC Marriott
816 Hotel
Embassy Suites
And as always I will be researching this festival immensely and adding any I find, and after going in person for the year I’ll find even more. I FULLY intend on helping them grow through a multiple area media campaign I will introduce to you here. I have talked with the owner of the Westport Saloon and he told me the AC Mariott sponsors this event and offers reduced rates to the attendees.

NOW we also have a HUGE product soon becoming available from the stage I will be sponsoring at this event.

Folks right now I have MORE schedule information on this event, OK there is a pre party friday night with Dale Watson at the Saloon only. There is a recovery show on sunday night at the Saloon only as well, the festival itself is Saturday only. The first 200 sales get access to all three days of events, I understand this will be three separate tickets after the first 220. You can pre order tickets RIGHT HERE.