2017 Albums That Were Submitted I Missed. 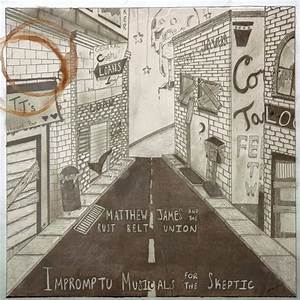 As I finish operation clean up from 2017, and begin to reflect on what all transpired, I have a couple stacks of albums I missed. I thought it might be a fun idea if I began a small series of articles that elaborate on some of these albums.  Some of them found their way in my email, and some were physically sent to me in the mail.

Brandon Luedtke : Morning Light
Impacting August 11th : Folk – Country – Americana
Hailing from Texas, Brandon Luedtke began writing songs when he was given his first guitar at age twelve. Since then, he has resided in Nebraska and NYC, later settling in Austin where over the last seven years, the singer-songwriter and musician has played in bands like Roosevelt’s Goody Bag, Honey Baby, and briefly with Shane Smith and the Saints on the fretless bass. More than ever, Luedtke has been honing his craft by writing and performing songs centered around his acoustic guitar and voice – carrying the torch of the Texas troubadour forward.

Earlier this year, Luedtke finished his debut LP, Morning Light, with producer, Eric Witthans in Austin’s Mockingbird Studios. The album showcases, Luedtke’s subtle feel for songwriting and musicians from the Austin music scene. Stylistically, Brandon is most easily categorized as a modern folk singer, but the songs on Morning Light will also fit perfectly into the Americana and Alt-Country world. The album features 9 Luedtke originals including the first two singles country tinged, steel driven “By The Light of The Moon” and folky “Can’t Get Away (From The Way of the World)”. Alongside those originals are reworkings of the traditional, “Cuckoo Song” and the gospel song “Soon One Morning”. Several of the songs have already debuted on websites across the country to great reviews. Following that are downloads and streams.

I recently listened to this album and really liked it, I can see him fitting in well with Americanafest lineups as well as a few more other festivals, since he came from the Texas area I was anticipating a more Red Dirt sound. This album was certainty a different twist than  what initially is described, with as much depth as a good Isbell album.

Some of the steel guitar work was pretty good and the songs all accompanied each other truly well, and when I am in the Americana mood this album will certainly be included into my rotation.

Matthew James And The Rust Belt Union: Impromptu Musical For The Skeptic

Now this next album I did indeed dwell very deeply on, I cannot even BEGIN to lump this band into ANY genre really? I mean the steel guitar is phenomenal but it’s THE TONE of it that really gripped my ears..What tuning is this? I plan to SOON reach out to steel picker Mr. Nathan Emerson when I bring back my steel pickers series in the future.

Matthew James, recognized for his years of touring with string bands, opens his album with a bluegrass tease . The second song introduces Rust Belt Union’s sound, with tormenting acoustic that explodes with a surf wave and haunting pedal steel harmonics. This is their self described “Midwest Junk Soul” consisting of acoustic upright bass and pedal steel. But don’t visualize country music, these gentleman’s guise is proper technique with exploration.

The most country song ends the album falling apart into post-rock noise that flat lines with feedback oscillaAs there are many tips of the hat to the past, Rust Belt Union emerges as a gang of cowboys, with traditional instruments, riding from a dystopian landscape creating a new culture of music from all the American styles combined.  Though the band gets its name from the dying of factory jobs, Matthew James and The Rust Belt Union is working on building something indestructible.

This band fits well in Americana and Roots music both with ease, the opener was kind of Bluegrass and broke out into more of a Roots format with a solid band. This band plays very well together in their own fashion, and play real songs. I’m VERY enthusiastic about their next album, and the direction it takes because for a full length debut THIS was too cool…Indestructible indeed..in fact I think ONLY THEY can limit their possibilities.

John King And The Mud River Revival is indeed a local name you have heard me mention on here quite often in the past few years. I’m not totally sure the status of the band right as I made this article however, if they announced a show I would make an effort to cover it. Their previous bassist Mr. Jason Simpson was playing with Mr. Colter Wall and the Speedy Creek Band, however in Florida they parted ways as well.

This album was Mr. John’s solo project, which in essence did include guitarist Mr. Mike Bulle and other members of the band itself. If you remember my covering the very first Spillway Songwriter Series about this time last year,you will remember me raving about his song “Nursing Home” and another called “Ghost”, which was about an encounter with an elderly lady in a church and an apparition.

I’ll admit I have always enjoyed his style of vocal delivery, and they played a DAMN GOOD set with Mr. Dallas Moore and the Jericho Woods Band years ago at Spillway. I highly suggest you check out this man’s band and his solo work, with songs like “Dutch Creek” and “Gramdpa’s Guitar” this album will solidify your desire for homegrown family orientated Southern Rock/ Country music. The man builds pole barns for a living, and raises his kids like any other regular man does…..’Merica!  Folks, all you get with John King is a real deal guy that plays real deal music..enough said.

You long time readers of my website will most certainly recognize this man’s name and work on here. One of the highest road warriors on the west coast, Mr. Jonemery Dodds has sustained a LOT of personal loss for the dreams he chases. He rolled a car last year and came out unscathed thank God, we were ALL worried about him.

My home museum of Country Music Legends and local music contains many of his letters to me and is adorned with a LOT of his posters and notes. He actually released TWO albums last year this one was first with fellow musicians Mr. Mike Bacon Jr. on bass, Mr. Chris Amaral on drums, And Mr. Dan Sisson on guitars and lap steel.

The album opens with “Red Tangled Mess” and goes into a good Honky Tonk anthem called “Shit Kickin Blues”. You know his music may not be widely known all over the country…yet..but it is well written and I enjoy all of his albums and keep them in my rotation. It’s pretty much just good old fashioned beer drinking music.

The album opens with a title track of “Driftin To The Shoulder” which contains a really good toe tapping Honky Tonk guitar tone.It continues on into an older recorded song called “From Wine To The Whiskey”, from one of his former albums. The high point of this album here is the hilarious written song called “Tweeker”, which sadly was written from his detriment.

The road life these guys and gals live is filled with harsh deadlines and encounters with creeps of all kinds while they streamline on for a quest to find legitimate listeners. I know this, because I have followed them all at one point or another.  I remember watching Cody Jinks play at a abandoned gas station once.

The other song I liked was “Let Kentucky Do The Talking” mostly because I am based out of western Kentucky. Now mind you Mr. Jon has never ventured out into my neck of the woods yet. BUT I AM confident that one day…ONE DAY our paths will cross.