Josh Morningstar At The Nashville Palace. 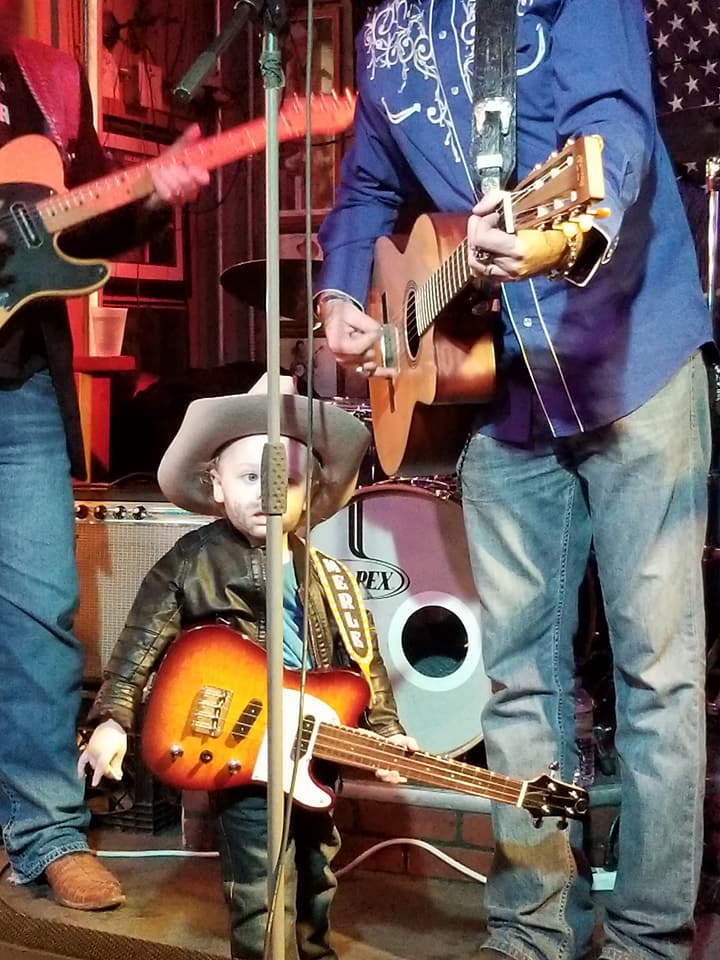 Mr. Josh Morningstar has moved up in the world of this game in many ways, he’s got a RV now named “Melody” and he’s done got him a weekend (not weekly) gig here at the Nashville Palace .MANY good acts pop into the Palace from time to time like on the 18th they have Jake Penrod and YOU BETTER check that out,because it’s not everyday he comes to town. The Nashville Palace has rapidly become a bustling hub of Country Music industry folks for many reasons, but I think one of them is the free parking and amount of it. You know Lower Broadway is FUN…but 30 dollars to park! I’ll be completely honest with the new ownership of the Palace I’m not completely ecstatic about the new food options, but the Palace is spacious and the crew is AWESOME! Miss Julea is indeed the bees knees and one of the smartest Country Music historians I have ever encountered. She appreciates the unknown and obscure Country Music artists, and I learn a LOT from her.

So this will be a four hour set, I’m going to warn you outright that this article will include more covers than originals. Ergo, one has to understand the reasons of his doing this tonight..because he IS an entertainer, and let me tell you he has moved to a whole new echelon of showmanship than in 2013 when I first encountered him. As an entertainer you need to accommodate your target audience, and tourist needs. Many people here tonight were tourists that were here wanting to party to those well known Classic Country Music hits we all love.

That’s NOT to say that Mr. Josh is not writing DAMN FINE Country Music, and isn’t on his way to bigger and better things, no no no. That’s just simply implying that the target demographic here was older tourists wanting to hear songs like Mr. Ernest Tubbs 1946 hit “Driving Nail In My Coffin” written by Mr. Jerry Irby, and also recorded that same year by Floyd Tillman. You see Mr. Josh has been delivering well performed cover songs to the masses for many years, and you know what to be honest if it’s played well, covers are OK.

I’m here with friends enjoying the chaos going on down here in the front bar tonight, as he opened with the song “Crazy Arms that Ralph Mooney wrote and Ray Price made famous in 1956 during his Cherokee Cowboy portion of his career. Mr. Ray was one of those with a multiple stage career, being many years of Honky Tonk, and some years of that Nashville Sound pop country of it’s time. Mr. Josh Morningstar and I share a like minded passion and a deep thirst for the old, the classic and the obscure lying in the halls of Country Music’s past.

If you watch someone like me, you’ll see me at places like the Palace, carefully scouring each piece with interest and study. Did you know the only reason Waylon wore vests was for extra pockets?  Did you know that at the Palace there are no pictures of Waylon?  I regard the gal in charge there Miss Julea as one of the top notch people in town as far as knowledge of this genre, she’s a SHARP COOKIE, and a good friend.

Mr. Josh upholds the mighty Merle Haggard as one his prominent influences, as do we all. He played a mighty fine version of the following at different times throughout the set: “Workin Man’s Blues” from 1969, which was the A side to “Silver Wings”. He played the 1969 “Okie From Muskogee” that Haggard wrote with his longtime drummer Ed Burris who died in 2011. The last Haggard song he played was “Fightin Side Of Me” from 1970, that song has my favorite song by Haggard on the B side called “Every Fool Has A Rainbow”.

Some of the originals he played were many of my favorites as well, songs like “All That I Been Living for Is Gone” and his title track song “Whole Lotta Crazy”. That song is one of his best play on words songs he has ever written, and it had a good Honky Tonkin thump that is missing in much of today’s music. It just has many things that are missing in “Country Music” today. “Crying Eyes Of Blue” he’s been playing for a while and you can find that on his album “Songs for Fools With Broken Hearts”, it may be hard to find now. He played “Damn These Birds” a song about drug dealers he used to mess with back in the day. The song that starts with a C, and is in the key of C…is none other than “Cocaine”..C what he did there? “Some where Soft To Fall” was one his own as well.

“Talk To me Texas” was originally a  Mr.Tracy Byrd song however the great Mr. Keith Whitley brought it to greater commercial success than Byrd did before his untimely death. He played a REAL good job of Mr. Dale Watson’s “I Lie When I Drink”, the Mr. Billy Sherrill penned hit “He Stopped Loving Her Today”, and MANY Mr. Hank Williams hits we ALL know. “Kaw Liga”, “Your Cheatin Heart” Hey Good Lookin” and “Tear In My Beer”.

Mr. Frank Parish, Miss Michelle Lucas, Mr. Bobby Miller, and Mr. Greg Johnson rocked the stage tonight with many other songs like ‘Whiskey Bent And Hell Bound”, Mr. Billie Gant’s “Stop Fucking Up Country Music” “Long Time Gone”, and the Mr. Billy Don Burns hit “Haggard And Hank”. You truly missed a good show if you didn’t make this one folks, and as always you purchase his new album HERE.