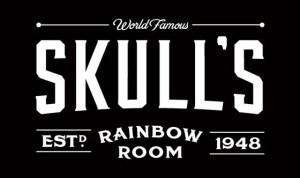 Mr. Bill Miller, the downtown mastermind behind behind the creation of The Patsy Cline and Johnny Cash Museums and the recently opened Nudie’s Honky Tonk Downtown has recently acquired one of the most pristine treasures of downtown Nashville…Skull’s Rainbow Room.

This man is absolutely amazing in many ways, not only is he preserving much of Downtown Nashville by making sure the famed bar that opened it’s doors in 1948, and recently opened in 2015 remains unscathed, but he has also created many new options for this upcoming younger generation to learn about Country Music History.

Skull’s founder and general manager Mr. David Wileman will remain the general manager of the bar and restaurant located in the basement of the Southern Turf Building and the current staff will not be altered. The establishment will also stay the same  as far as menu and appearance.

Schulman opened the Rainbow Room in the lower level of the landmark Southern Turf Building in 1948. During Skull’s five-decade tenure, the legendary venue transformed multiple times; jazz, burlesque, country, strip-tease, and rock ‘n’ roll all claim chapters in its history.

Sadly, in January of 1998, David “Skull” Schulman was murdered during a robbery in his beloved club. People from all walks of life mourned his passing. The iconic Rainbow Room closed shortly thereafter, staying shuttered for almost 17 years.

After an extensive three year renovation, we are proud and honored to once again open the doors of David Schulman’s World Famous SKULL’S RAINBOW ROOM.