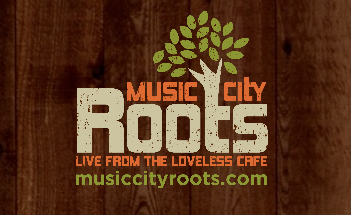 Ahh the perils of working second shifts where the quandary of the day of whether to take off or watch shows on my phone at lunch breaks. I try my best to watch Music City Roots from the Factory in Franklin Tennessee every Wednesday night, I know last week they featured Leigh Nash from Sixpence None The Richer. She is releasing a REALLY GOOD Country album that she played a few songs from. This weekly show is hosted by Country Songwriting Legend Jim Lauderdale and broadcasting Legend Keith Bilbrey where they bring out featured Americana and Roots music with every show.

As you may already know Cody Jinks And The Tone Deaf Hippies made my number three spot for my TOP 50 Of 2016 for last year and also I recently covered one of his sold out Nashville shows at 3Rd And Lindsley, you can read about that all HERE. If you already want tickets to this show, it usually sells out and you can go HERE and get them cheap.

Cody Jinks has become an underground sensation in the last few years by selling out venues ALL OVER America. He played a FREE show at Grimey’s here in Nashville where he released “I’m Not The Devil” on LP where it sold thousands of copies in it’s first week, you can read about THAT HERE. He has built a plethora of followers that travel long distances to see his shows and buy his music, and they call themselves “Flockers”. Akin to other bands such as Hank Williams 3, and many others I could name Cody Jinks has amassed a long list of accomplishments that are garnishing the Nashville suits and making them cringe like someone is scratching a chalkboard.

Also I want to spoil a little upcoming series for you that Cody’s steel guitarist Mr. Austin Tripp will be a part of. Right now I want to introduce a NEW “Steel Guitarist Series” where I’ll be visiting with local bands that have steel pickers. I’m going to delve into their sound, and who influenced them. Where did they come from, and how did they get involved with their current band? ALL THIS AND MORE will be soon found out!

Old Salt Union has gone through some recent lineup changes in the past year however they remain a viable must see at festivals and shows alike. Their St. Louis style string band fury has been unleashed upon unsuspecting crowds some 200 shows a year and they are a VERY hardworking band. Their new EP called ‘Cut And Run” made my honorable mention list and I truly enjoyed that album and look anticipate much more music from these boys!

There will also be performances by these artists as well so be sure to tune into this weekly show and support really terrific artists. To be honest I find a LOT of great underground acts from this show and it supports my community with music. THAT is an important factor when people like me write about this type of thing!