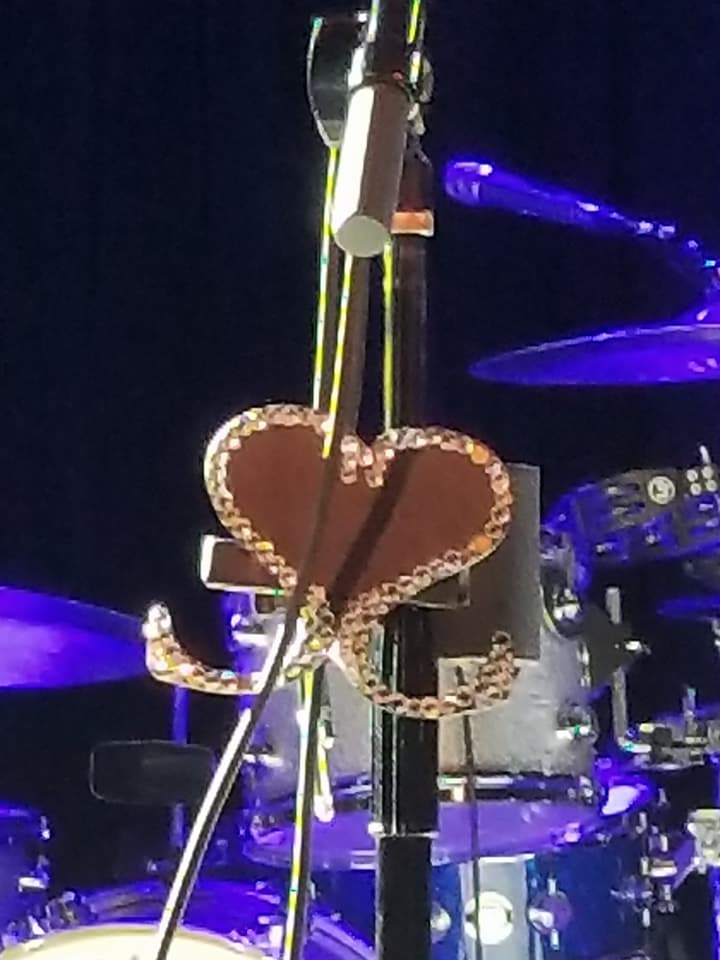 Tonight is the first night of a two night run of local venue shows with Miss sunny Sweeney, and I have the next four days off for Easter holidays. So that pretty much means the website is open for business 24_7, I have so much news to bring you.

Mr. Joshua Wallace also has many things to bring you from Florida and his office as well. Night one of Sunny Sweeny took place at 3rd And Lindsley on Thursday, and it had Mr. Jamie Kent as the opening act.

He brought an intimate acoustic performance to us first, with a respectful and silent audience he poured out his heart to us tonight. He told many of the stories behind the songs, like the song “Safe” that he wrote from a father’s point of view.  Broke But Not Broken was a good one he wrote after someone broke into his van in Los Angeles and stole his leather bag. He joked that the they left all of his clothes behind, and that he had some expensive shirts.

He played a really touching song for the service men and women called “Home Again”, which dealt with issues of mental health after their return. He proclaimed everyone should have at least four songs about whiskey, and he has only one called “On The Wings Of Whiskey Tonight”.

The title track of his new album was called “All American Mutt” and he followed that with a new song he waited until he got married to release called “I Can Call You Mine”. His final two songs were one called “Look Up” which was about inattentive people on cellphones, and another with a very funny story.

The song was called “Size 9 Cowboy”, and it was about a time he landed a Durango Boot endorsement. They shipped him 5 pairs of boots that were too big for him, they told him to go to a special Boot retailer to exchange them. They sadly informed him they didn’t carry boots under size 10. This was a cleverly written song for short people with small feet.

All together it was truly well played set of songs, and it was easy to ascertain that he was having fun up there performing for us tonight. I would highly suggest catching his set live.

The last time I crossed paths with Miss Sunny Sweeney was at the Ryman With Cody Jinks And Ward Davis, which actually was the last time she announced she played Nashville. Her new album Trophy adorned many a top 50 year end lists, and garnered major attention from the media, to read mine where she secured number 4 click HERE.

She now has four wonderful albums to choose from and tonight she delved into all four of them quite vibrantly. I met with her the next night for the first time since Tumbleweed In Kansas City, where she agreed with me as I mentioned it to her. She said that she does indeed pick many from all four albums, don’t you wish most artists did that? I mean, every album went different directions as HER LIFE was doing the same. Personal issues, divorce, and other issues dictate her writing style on her last two albums, while her first one was simply evolving her own identity with major label struggles.

I found Sunny Sweeney on Myspace early in her career, probably before many of today’s people that are featuring her. She had this KILLER ALBUM self released, and she was emanating from Texas along with the Red Dirt scene. However she had (and still has) this Traditonal Country sound that separates her from her Red Dirt ilk. Even back then as people like Mr.  Roger Creager and Mr. Wade Bowen grew in one area, so did Miss Sunny and she grew in her own identity.

She entered the stage during the drum portion of her song ‘Better Bad Idea” which is now a staple song on her set in the beginning, and went over to her second album “Concrete” by playing “Staying’s Worse Than Leaving”. Neither set this weekend contained many covers, however “rainy Day Woman” was included tonight. “Rainy Day Woman” was released in 1975, and was the first song to be produced by Tompall Glaser for Waylon.

Now folks, tonight’s set contained a few NEW SONGS and one of them she said we were the second group of people to hear. I did NOT film any videos of her out of respect for her material, for me new songs leaked on video early are taboo for me. It may become a new single in the future. However “Body In a Boxcar” was a train sing she wrote and shared with us. “Pass The Pain” was next the first track off “Trophy” , proceeded by “Nothing wrong With Texas” from the same album.

“Uninvited” came from her third album “Provoked” followed by a song she didn’t write called “Pills” that came from “Trophy” originally written by Miss Brennen Leigh.  She performed her first single “If I Could” in two different fashions, along with a story. She said that they had been hired to play a social function, the attendees weren’t paying much attention, so her band was toying with songs. They played this song with a new slower twist, and then played it originally in it’s faster form.

‘Drink Myself Single” was next followed by another NEW SONG called “You Can Tie Me Up But You Can’t Tie Me Down”. I apologize that I cannot provide video for you to enjoy it, I did not film her performing them. Perhaps I can work with her PR company to feature new song premieres in the future.

“East Texas Pines”  That song I believe laid some groundwork for her identity away from her Red Dirt colleagues. However still maintained placing her along with their affection FOR Texas. You see the analysis of mine here? Next song was one of her more commercial songs ever, it was co written with Mr. Bob Dipiero called “From A Table Away” That was the staple single from her second album, which was more commercial overall.

Her song called “Whiskey Richard” was one of her more famous songs you will only hear live. With it’s adult themed references that song I heard first at Tumbleweed, and you might hear her play it during her Hard Candy Christmas.  “Why People Change” was once again off “Trophy” along with her most powerful song to date “Bottle By My Bed” . I think that song speaks to her audience more than any other.

She included the long existing song co written by Angeleena Presely called “You Don’t Know Your Husband”, which deals with those naughty cheating men that make single guys like me to be heavily scrutinized. Once again her first album was contained a song called “Next Big Nothing” that has a good boot scooting beat to dance to. “Bad Girl Phase” was another good song she recorded later on in her career. She ended her show tonight with an encore of a song off her third album called “Backhanded Compliment”, leaving us with a satisfied palate of Honky Tonk Country.

In conclusion I would highly suggest all of you go out and catch her show whenever she come to YOUR area!