The Basement Welcomes The Hooten Hallers. 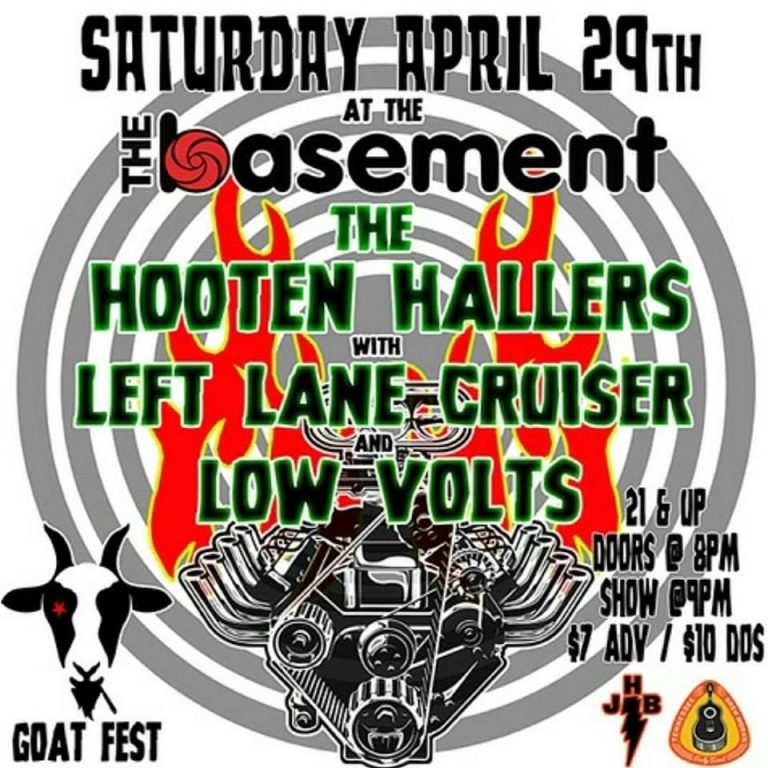 You might just remember a few weeks ago I ran really nice article about a Roots band called The Hooten Hallers and their new album out on Big Muddy Records and you can read that article HERE.  They are going to be coming to my area on April 29th at the Basement in Nashville with another band I’ll soon be covering at Moonrunners Festival in Chicago and that band is Left Lane Cruiser.. Also appearing with those two bands will be The Low Volts.

Left Lane Cruiser will be coming down from Fort Wayne Indiana and will join the Hooten Hallers in supporting new albums they both have coming out. Left Lane Crusier has entitled their new album Claw Machine Wizard and it will be released on Alive Natural Sound.

The door price for this show will be only 7 dollars and the price at the door will be 10 on the day of the show and is sponsored by Tennessee Brew Works and Goat Fest. Here is some information about the upcoming Goatfest:
Goat Fest is a heavy blues and roots experience held in the heart of the delta and the home of The Crossroads: Clarksdale, MS. Held June 2nd and 3rd at both the New Roxy Theatre and the Shack Up Inn, Goat Fest is not your typical blues fest. This is heavy blues. Hard blues. Garage blues. Punk blues. Fire and brimstone blues.

Online tickets for Goat Fest IV are only $40. Sorry, but tickets do not include lodging.

The lineup for Goat Fest IV is as follows: