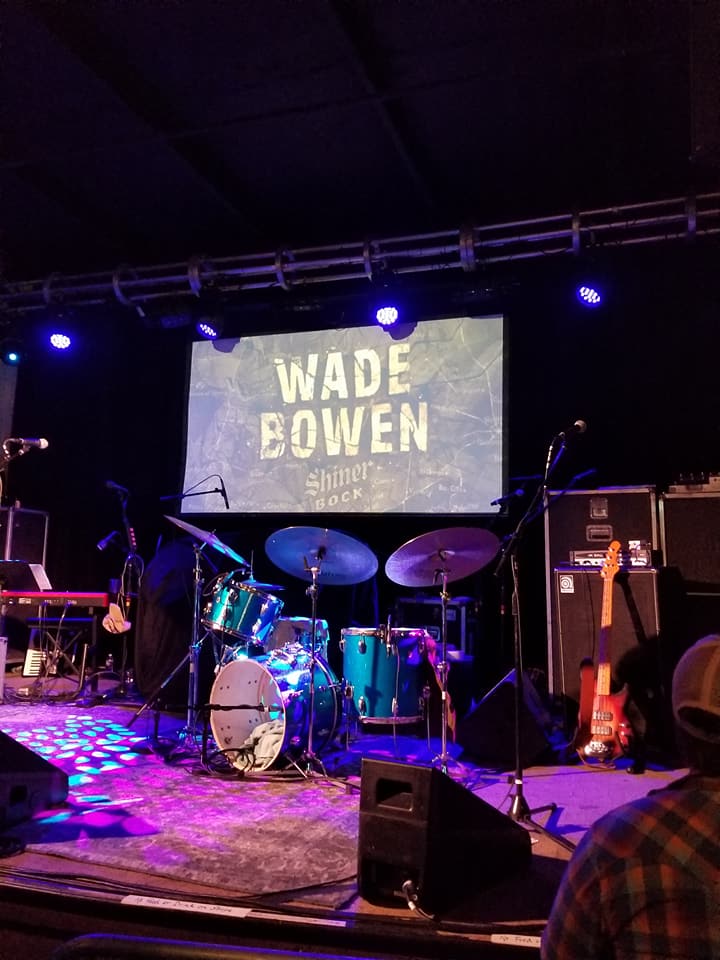 I have had the immense pleasure of getting to see many bands at 3rd and Lindsley. Today was indeed a challenge as I got here late and didn’t get a chair. So needless to say this wont be easy to write while standing, but I will pull this off…eating however was NOT easy.

3rd And Lindsley has a pretty darn good prime rib sandwich, and dinner too. It’s not the best overall, however it is one of my top ten venues to eat at before a show. The staff is always very exceptional and kind, and that makes the show all that better. Despite the fact I arrived at 7 which was my fault, the waiter made every possible effort to accommodate me and my dilemma..don’t worry I got this job DONE!

After you read this article here, you will hopefully identify with my overall dream of melding different genres to different areas. For years Nashville venues have complained that Texas Country or Red Dirt doesn’t generate enough sales in this area. Pretty good crowd here tonight as they prepare for the opening act and tonight’s show, which I am very excited for given the terrific review Mr Joshua Gave his new new album out now called Solid Ground.

Tonight’s opening act was one I have never covered before named Caroline Spence, she is a slow moving country artist, slow moving as in tempo and that’s not a bad thing at all. She did indeed have some mid tempo songs however the slower ones were what she nailed mostly, and her songs are cleverly written and enjoyable.

She melds in nicely with ladies like Margo Price and Jaime Wyatt however she’s more on the Folks and Americana side of things sound wise. After all this is a Red Dirt show, and I cannot really compare her to the more Nashville Americana acts. But darn it her Melody is very much like some of those songs as well, that’s not necessarily a negative quality. To be honest I really don’t label people, I just try to say GOOD or BAD music to my opinion..so WHAT is she? She’s GREAT MUSIC!

She has two albums out with her latest being a 2017 release called Spades And Roses, I touched on but never fully featured mainly because I didn’t have Joshua Wallace working for me then. I just didn’t have time for all those album reviews like he does. The festival moniker I carry on here bears most of my time at a whopping 175 I report on..and growing!

Miss Caroline has songs like “You Don’t Look So Good (Cocaine)”, actually I was upset being in the back how rude much of the audience was by talking loudly during her set making it very hard to hear her lyrics. Because I for one was enjoying her set, with songs like ‘Slow Dancer”.

She has a few songs on her two album that also sound more Red Dirt than others, it just has that guitar tone delivery that I associate with Red Dirt as well, so I was really treated to many different styles of music here wit her.

Mr. Wade Bowen dropped a BOMB upon Nashville last night in every way.This was the first time he has played a Nashville show in support of a newly released record. I mean it was SO NEW the merch table didn’t have vinyl yet, and that was really the only complaint I had was the slim pickings at the goodie table. I’m trying VERY HARD to spread the word of Red Dirt music in my Nashville area, and people seeing ME in T Shirts has an impact. It’s an honor to me that people listen to my suggestions on music, and it’s IMPORTANT to me that Red Dirt GROWS in Nashville.

He opened his epic show last night with the first track off Solid Ground called “Couldn’t Make You Love Me”, and right away the Wade Bowen power that I know from his live set created an ambiance that ONLY Mr. Wade could pour out. Of ALL the Red Dirt acts he IS my favorite by far, and we here at Gary Hayes Country enjoyed Solid Ground.

He delved into some older tunes last night dipping into 2008 “if We Ever Make It Home” album by playing a fan favorite “You Had Me At My Best”. One of the MANY songs that he does the crowd can sing along to, and excites participation. From the same album came the next song “Trouble”, and I was personally pleased with the balance of tunes last night. He did JUST RIGHT choosing a correct set list for a long time fan such as I.

After “Songs About Trucks” he played another new song called “Acuna” and one of my personal favorites, off his self titled album called ‘West Texas Rain” . From back in 2008 his song called “If We Ever Make It Home” was part of the set, and as he told stories about his past and his struggles as an aspiring songwriter and artist, we were brought closer to him with songs like “So Long 6th Street”.

“When I Woke Up Today” was up on the set list along with a new song called “Anchor” ,but after that he played one off the “Hold My Beer” album called “Till It Does”.  Once again we were given another relation to his past as he declared the song “Who I Am” the third song he ever wrote.

he played two covers last night one being “Jealous Again” by the Crowes, and later on he went into “Glory Days”. “Sun Shines On A Dreamer” is always a fan favorite along with my favorite song he does, which I get teased for liking called “Mood Ring”. That’s more of a song directed toward the ladies, but I don’t care It’s catchy and fun to sing along to.

“Resurrection” was next followed by “Saturday Night” off the album “The Given” as he closed in on the encore which was ‘death Dying And Deviled Eggs” that he admitted he molded after Guy Clark format of songwriting, and his final song was “Fell in Love On Whiskey”.