Why Tyler Childers Deserves EVERY Accolade And More. 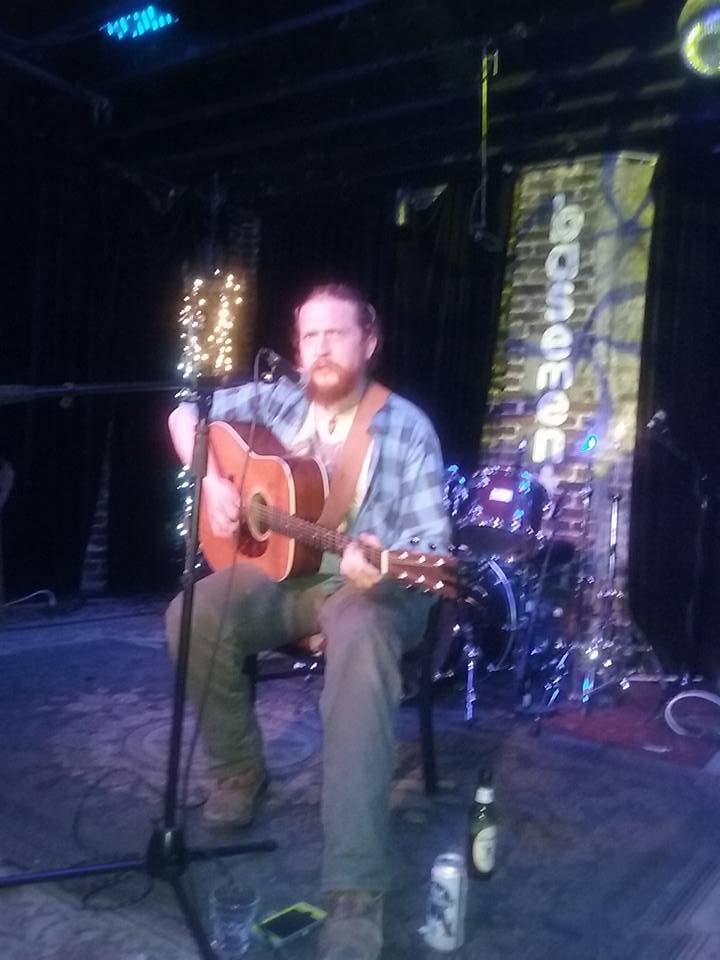 OK Folks, now that all the “big websites” have ranted and raved about our friend Tyler Childers I just wanted to wait until that was done and print MY article.  Because as a Tyler Childers fan it is my onus to come forward and say how proud I am of him, and the juggernaut he has blown into.

See many moons ago I was just getting started here at Garyhayescoutnry.com and my old friend W.B.Walker WHOM MIND YOU NEVER MET ME YET..started a little podcast from his house called W.B. Walker’s Old Soul Radio Show. I covered ALL of his yearly parties from YEAR ONE read them here:

You know I might not have heard of Mr. Tyler until recently had it not been for Old W.B. Walker, and that little radio show. I call him the “Paul Harvey Of Podcasting” because of his magnetic personality and on the mic persona he possesses. Here is one special story I have from him, and his MANY years on the road.

You know ALL THE OTHER WEBSITES are going to promote him in a bigger way than I will probably because I’m just A Hobby Blog….(He gets that joke).

But all pun aside folks this young man is the real deal, he sings with more FEELING and pain than anyone I have ever met, and his calloused hands and tattered jeans represent the working class of people reminiscent of Merle Haggard in his prime.  Well folks Mr. Tyler Childers has slept in vehicles, and eaten enough gas station food. it’s HIS TIME to move to a whole new echelon in the music business. To be honest I am extremely excited to be able to get to see him perform bigger venues through the years, and I hope one day maybe just maybe they will be SMART ENOUGH to let him play the Opry.

Mr. Tyler is defiantly NOT a reticent person, and you can see that in his songwriting. How vividly his songs paint pictures in your mind and leave an old timey implant into your soul. You see folks I’m just a music fan, but once I consider you a friend, I do for life. And I KNOW in my heart his record “Purgatory” coming out on Thirty Tigers next month will be a groundbreaking album in every way.

I been saying for years now that I agree with W.B.Walker’s Old Soul Radio Show on Tyler Childers he’s an upcoming powerhouse juggernaut.I mean he is developing a heavy following in every city he visits brick by brick and day by day, and tonight was proof of that as this show garnished an impressive turnout for a Sunday night in my opinion.

The place was packed and the whole crowd sang along as he poured his entire soul into the old Utah Phillips song “Rock Salt And Nails” which was also made popular by Steve Young. I remember the very first one year anniversary show of W.B.Walker where they broadcast it from his living room couch, and I was turned onto Tyler’s music. My My My how time has grown us ALL. I was just a little blog and now much to Mr Tyler’s argument I have graduated into a Hobby Blog.

HERE IS ANOTHER TRUE STORY:

There were quite a few reasons why I went up there last night, and THIS young man was one of them. This is Tyler Childers. I first heard of him from W.B.Walker’s Old Soul Radio Show podcast. And during his one year anniversary show I heard all I needed to put him in my cross hairs for coverage. This young man has an incredible way of delivering his lyrics. I cannot describe how unique his voice is other than this: you know how you hear older music lovers say nowadays you cannot tell one singer from another? You cannot identify many singers from other singer..well..this man indeed has a style all his own. The very first time I ever heard him open his mouth the feelings and imagery came out flowing with simplicity and influence in mountain life. You can tell where he came from and I featured him on the article I wrote for the one year anniversary show. And I drove three hours to see him live and this is my accounts of what I saw.

Well folks I gotta add this little bit in..I wrote this on Monday. O’l Brandon Walker
AKA W.B.Walker sent me a preview before it was released to the public.
I want to thank him for ALWAYS thinking of Garyhayescountry.com!
However due to some dashboard problems of my featured image and some
others I couldn’t publish it earlier.

Miss Kasey Littlefield from Blue Ribbon Radio came up with a splendid idea!
Have a drinking game..every time Mr. Brandon says “Hell” or his signature “Aaoowww” have a drink.
I PROMISE you’ll be inebriated early on this Episode 51 of W.B.Walker’s Old Soul Radio Show.

This young man from West Virgina quickly became personal friends with me through social media.
I think he messaged me a question about Hank Williams Junior one time and we got to talking
and just became instant GOOD friends.
I’ve never met him face to face and I’d love nothing more to have him and his wife as
house guests.

This podcast was his longest ever and I began listening several months ago.
It was a little over three hours and featured LIVE music from Roots Musician
Tyler Childers,Justin Payne and Senora Lainhart and also played music from
TONS of great bands and musicians.
I’ll tell you what THIS MAN turns me onto to a LONG LIST of people and also
is a GOOD WAY to preview some you have heard of and don’t want to run out
and buy..yet.
PLUS he tells you HOW AND WHERE to buy it!
He is passionate about this music just as much as me and THAT is how you can
relate to him so well.
He has character in his voice and I have often called him the “Paul Harvey Of Podcasts”.

Tyler Childers began the show with “Trudy” from Charlie Daniels epic (Epic greatness AND label)
1974 release “Fire On The Mountain”.
And another called “White House Road” that is on his release “Live On Red Bran Radio”.

He played music from The Prison Book Club and Fifth On The Floor.

Now folks I’m darn well sure that through the years you will probably be able to hear quite a few more stories of my times with some of these artists before they break into the big time…and my Hobby Blog will be right there watching them.