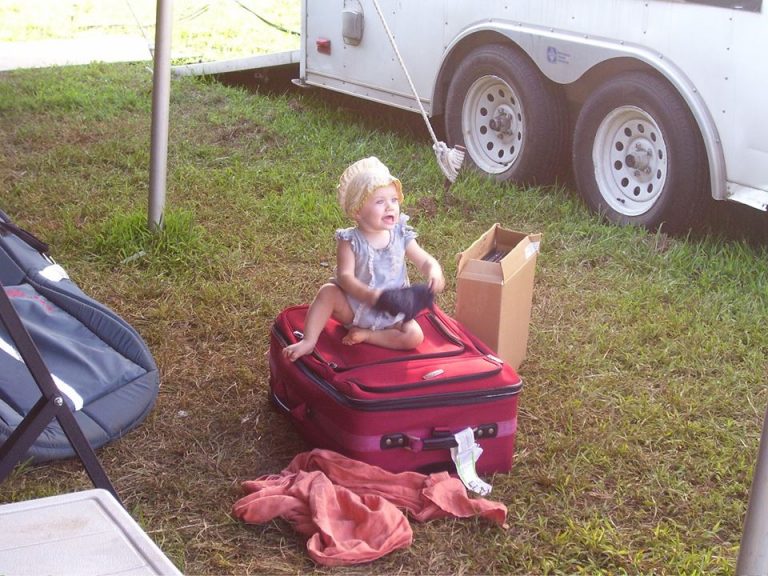 This morning I was WELL rested after a great nights sleep at the hotel I want to tell you again how truly wonderful America’s Best Value Inn Cookeville was to me these past few years, Mr. Owen Mays and I found this great reasonably priced hotel just down from La Quinta Inn where I used to stay until 2013.

I am going to touch on the acts that performed on the Old Wood Stage and the Big Tent Stage within the next two articles and the Little Tent Stage which is stage 3 will have it’s own article altogether because there were so many great acts on all three stages and I had to do a TON of flip flopping.

Julian Davis started my day..shouldn’t he start EVERY day? I mean what better than to have the sixteen year old picking machine such as this to take you back into the 1950’s and then whup your ass and bring you back into the 1980’s as he turns “Ace Of Spades” into a Bluegrass tune.

He is from Pittsburgh Kansas and he makes that evident with his opening song “Kansas Plains”…Kansas was WELL represented here this weekend by all forms of music and the tribe ran deep from the Westport Saloon gang. he followed up with “Fan It” and “Rolling In My Sweet Baby’s Arms”.

The instrumentals and vocals were in absolute tip top shape this time as they always are and his new album is for SURE on my TOP 50 of 2016..high up on it. He possesses great musicianship and great poise while maintaining a relaxed look up there, it just is IN this young man’s bones. Songs like “chocolate Jesus” prove that evident and maintain that opinion in my book.

His version of Pokey LaFarge’s “In The Jailhouse Now” and the cover of “Ruby” left me with even more appreciation of his live show, and I just cannot get enough of his sets at festivals. What a truly blessed beginning to a great day of music on the Junebug Ranch.

The Hardin Draw was next up on the agenda and I have covered them in the past a few times, in fact last Thursday night they were at the Basement East. David Talley-Vocals/Guitar, Aaron Swisher-Mandolin/Vocals, Jason Dietz-Bass, Laura Beth Jewell-Fiddle/Vocals Patrick Johnson-Electric Guitar/Vocals, Lauren Horbal-Drums/Percussion make up this Nashville based band that often frequents many festivals I cover.

“Judas” is always is terrific song to start out with and they also played “Old Friend” and the last one that I remembered was called “Adelle”, now mind you right at this time I AM in flip mode from all sets in order to catch just a little bit of everybody’s music. Today was a terrific landmark schedule of epic proportions of so many good bands that I wanted to see and hear.

Brook Blanche played a solo set on the Old Wood Stage so I wandered that way for some of his set, to be honest I wasn’t totally familiar with his solo work at all, I knew very little about it. “Through The Night” was the first song I knew of his set, and when I returned home I had some time to research his set more.

“Misery” was next and was one of the best songs of the entire set, as Mr. Brook sat and belted out his songs in his gravely signature style as the night began to set in upon us. Another good song was “Head Of The Table” as he brought up other people to sing with him and entertain us.

He closed his set with “Your Side” and lastly “Prettiest Girl”. I tell you what I was truly enjoying his solo music but of course I’ll always be a Calamity Cubes fan in many ways, there isn’t much that will ever change my opinions of their music. If I ever hear any news on their continuation or their end I will inform everyone on that.

I want to take a moment to touch on one thing about Muddy Roots in the future, as of 2017 it will officially take over the helm of Moonrunners in Chicago. I have always been a huge supporter of that festival sadly I haven’t yet had the opportunity to attend it. I don’t exactly live down the street from it to be honest. So starting in spring of 2017 I’ll have some more information on this addition to the Muddy Roots brand.

Now then speaking of solo sets we also had the Colonel J D Wilkes drop by the Old Wood Stage to play a really cool piano that used to be featured in Tin Pan Alley and he played us some truly amazing songs.

His first song was “Alabama Stomp” and later on he brought up Mr. Julian Davis again to play with him and there were several more up there with him as well. Sadly I didn’t get a chance to catch the entire set that he played however I DID GET to see and hear him play “Sugar Baby” and a new one he called “Bible, Bottle And Skull”.

You know every time I hear him and study his music the stories and information he shares with the crowd is truly amazing and you benefit greatly from his show, you go away knowing more than when you came and I firmly believe that’s important. “Shake Rattle And Roll” was next and another he called “Red Wing”.

I really like all his bands he has and his solo work too, I really like “The Devil Gets His Due” it’s one of my favorite Dirt Daubers songs. And I also love “Cockadoodledon’t” by the Shack Shakers, did you know Joe Buck played bass on that album? YEP. All in All it was indeed a truly epic set..and was getting better as the night went on.

Kristiana Murray and Logan Ledger have some REALLY GOOD harmonies and an even better steel guitar sound in fact I enjoyed their set as one of the best of the festival. I missed the first part of their set due to stopping for stage 3 but I did see them play songs like “Tell Me Darli’n”.

Another great song was called “I’m A Jukebox” and that was truly a well written song in every fashion right there. They also played some classic duets like “Someone I used To Love” and the Everley Brothers classic “Kathy’s Clown” also covered by many more.

They closed their set with a few more songs like “Sunrise” and “What’s In Our Hearts”. And I can easily tell you what’s in their hearts, SOLID Country Honky Tonk music folks…you can catch these two all over Nashville. I got to see them at the Nashville Boogie pre-party this year, amazing!