News From Out Of The Box Entertainment. 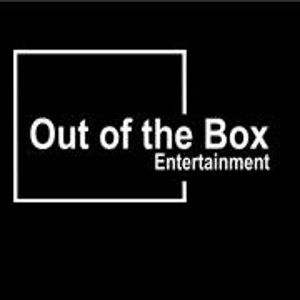 Folks my good friend Miss Kathy Jennings and Mr. Buddy Jennings wanted to make a few things public and requested my help and of course I happily obliged them! It was made public about a week ago my GOOD friend Josh Morningstar has signed up with Out Of The Box Entertainment as he burns up the road with his band in 2016.

Now folks like usual I shall be including him in MANY of my festival coverage series..because he plays TONS of them! I’m sure like last year we’ll be offering him a real bed in many states. Right now I plan to go see him in West Virginia in April for W.B. Walker’s Three Year Anniversary Party at the V Club in Huntington West Virginia.

I ALSO have him on my roster as part of my Honky Tonk Stage in Kansas City Missouri as I host the Honky Tonk stage at the Westport Roots Festival which will be a BIG DEAL here on the website as I host an entire stage for the FIRST TIME EVER! I want to THANK the folks at Little Class Records and the Westport Saloon for having me.

I’m also planning on being with Mr. Josh in Indiana for Crooked Smile Music Festival man I had a blast there last year and discovered some truly awesome music. There are so many other ventures with him and THAT IS WHY he was my 2015 Artist Of The Year and I simply do not care WHO disputes my choice.

I want to tell you about another young lady they manage that is rapidly growing within the local music scene and at an early age she has displayed some truly decent songwriting skills. I recently featured her during a show with Jesco White and MORE at the Spillway Bar And Grill in Bowling Green, where I am always treated VERY well.

Quick Bio – Kendra Hope
In this day and age of pop country and studio made talent Kendra Hope brings back an authenticity to music that has been missing from country music for the last twenty years.
Raised in NC, she found her passion and love for music, and her voice, at an early age. She is a singer/songwriter that is just different. It’s as easy as listening to any of her songs.
If you are looking to put Kendra in a musical category, good luck! You would be better off trying to fit a circle into a square. Her musical influences range from Waylon Jennings to Southern Rock n’ Roll. And you can hear it.
“Just getting on the stage is a rush, and to be able to sing songs that mean something to me and have the audience understand where I am coming from is amazing!”
To keep up to date with Kendra Hope visit her website Kendra Hope

For booking and press inquiries, www.OutOfTheBoxEntertainment.com